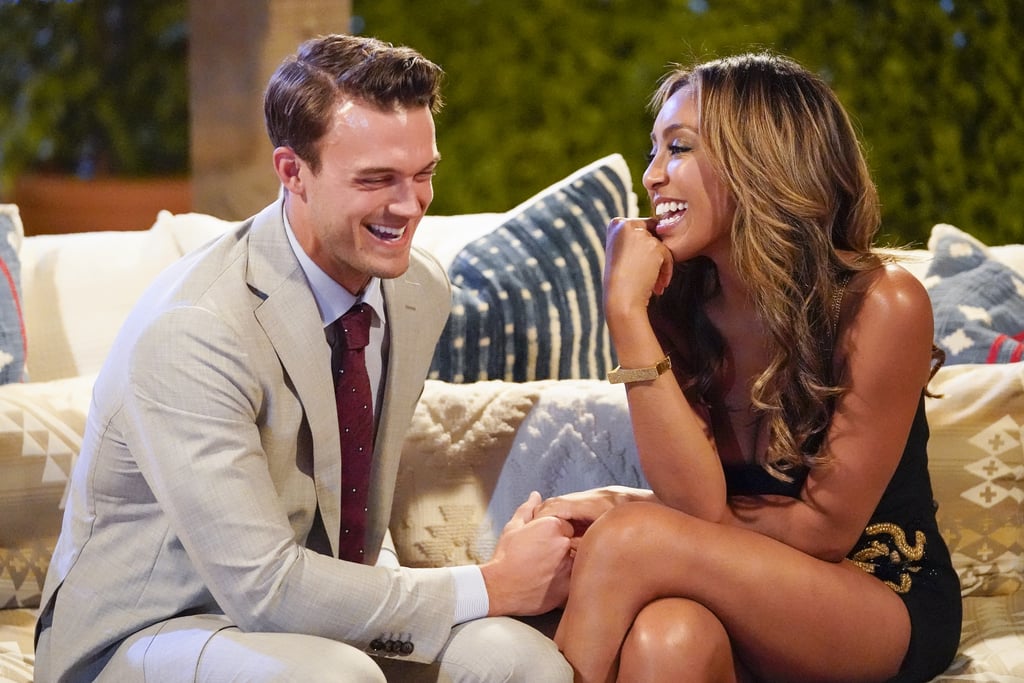 Will Tayshia Pick Ben on The Bachelorette?

If there's anyone who has earned Bachelor Nation's heart with his earnestness, it's Ben Smith. The personal trainer wasn't seen much during Clare Crawley's days as the Bachelorette, but Tayshia's entrance has fueled the romantic flames in his heart, and he's made an effort to stand out. He's made a few fumbles when it comes to drawing Tayshia's attention — we'll never forget how he waited until the group date was over to ask for some time alone. But he made up for it with a late-night visit to Tayshia's suite during the seventh episode. The man knows how to make up for his mistakes!

I don't think Ben will get the final rose, but I see him getting to the final four and making an impression on Tayshia's family. I only hope it's a good one!

Previous Next Start Slideshow
The BacheloretteTVTheoriesTayshia Adams
Around The Web

Saturday Night Live
Kevin Jonas Crashed Nick's SNL Monologue to Finally Get an Answer: "Are We Still a Band?"
by Karenna Meredith 1 day ago