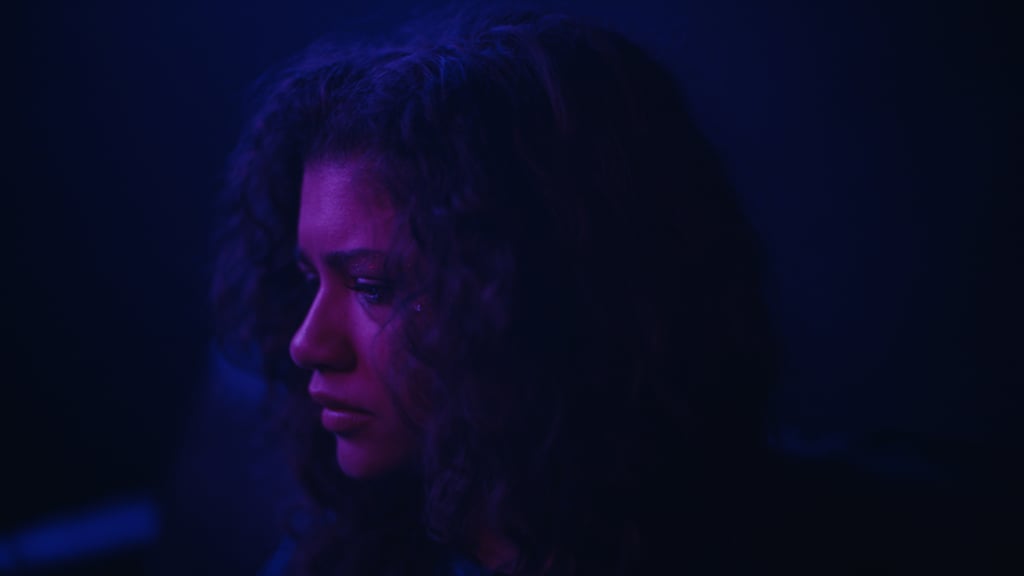 While footage highlighting Rue's drug addiction opens the premiere episode, it isn't until she explains why she takes drugs that we begin to understand her. She describes the feeling of being high as euphoric nothingness, saying, "Everything stops . . . everything you feel, and wish, and want to forget, it all just sinks." As the Rue on screen sinks deeper into her high, her voice-over notes that, though she freaked out when she got high at a party, "over time, it was all I wanted. Those two seconds of nothingness."

It's a simple scene with Zendaya's voice-over doing most of the work, but she manages to inflect such wistfulness that you believe she genuinely finds sanctuary in the void of being high. And you can't help but wonder what demons are plaguing her so much that the only way she can escape is by drugging herself.