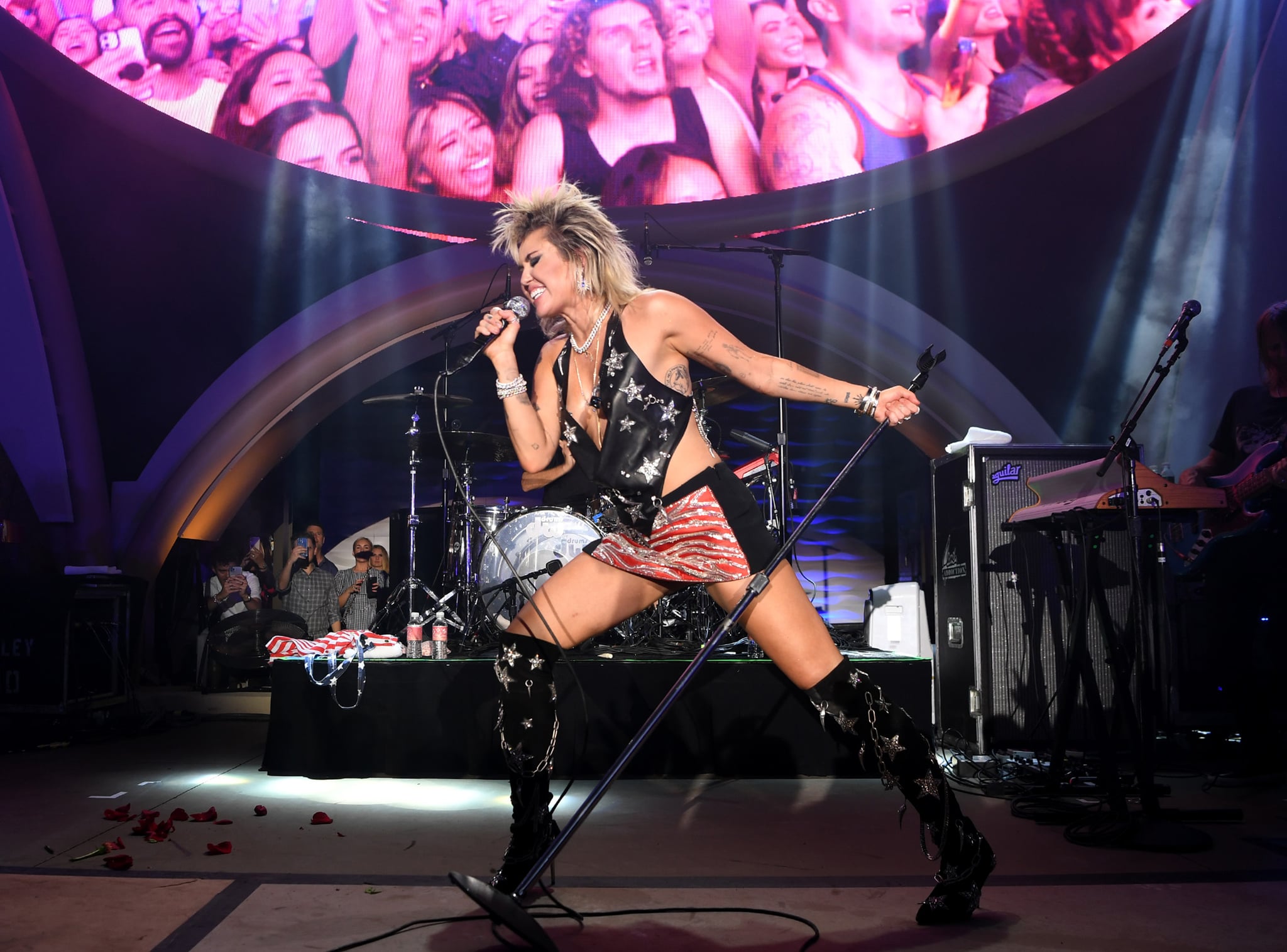 In the days since Britney Spears's heartbreaking conservatorship court hearing on June 23, numerous celebrities have voiced their support for the #FreeBritney movement. On July 4, Miley Cyrus took the stage at the Resorts World casino in Las Vegas and demonstrated her solidarity with Spears by switching up the words to one of her biggest hits, "Party in the USA." "That's when the taxi man turned on the radio. He turned to me and said, 'Free Britney!'" Cyrus chanted into the microphone, starting up a rallying cry from the crowd of concertgoers. "We love JAY-Z, but we got to free this b*tch! It's stressing me the f*ck out!"

The performance came less than a week after Los Angeles Superior Court Judge Brenda Penny denied Spears's request to have her father, Jamie Spears, removed as her co-conservator. While brief, Cyrus's shout-out to Spears is not her first. During another performance of "Party in the USA" at her TikTok Tailgate show ahead of Super Bowl LV in February, she sang, "We love Britney!" In 2019, Cyrus shouted, "Free Britney!" following the lyric "And a Britney song was on" during a 20-minute set at the Beale Street Music Festival in Memphis. Among the pleas of celebrities like Christina Aguilera, Cyrus's words and the crowd's subsequent shouts of agreement are a testament to the dedicated group of supporters Spears has on her side. See a clip from Cyrus's Vegas show ahead.

Hailey Bieber
Hailey Bieber's Looks at the VMAs Did Not Disappoint, but Are You Surprised?
by Shelcy Joseph 3 days ago

MTV VMAs
Did Megan Fox Change Out of Her Naked Dress That Caused All That Commotion? Why Yes, She Did
by Sarah Wasilak 3 days ago 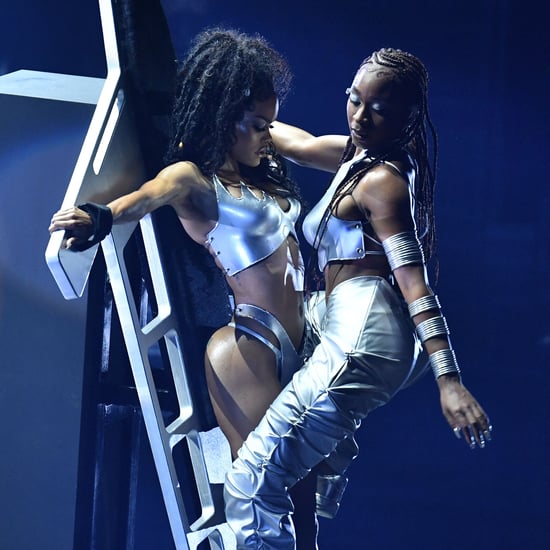