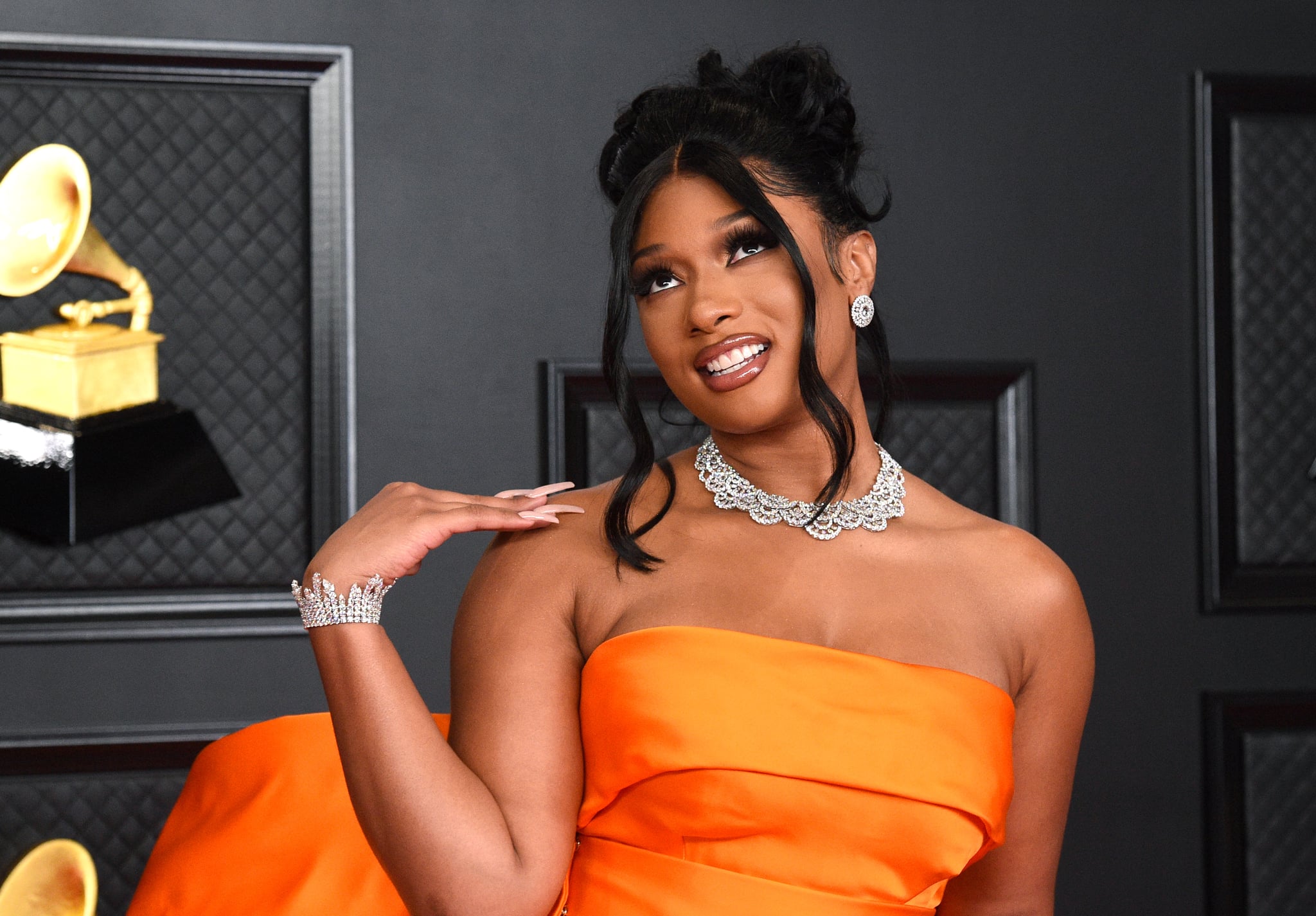 Megan Thee Stallion knew she wanted to be a rapper from a young age, but wasn't quite ready to let others know. "I've been writing since I was maybe seven," she previously told Rolling Stone. "I was kind of shy about telling people that I could rap for the longest." This included her mom, the late Holly Thomas, who Megan idolized as a child. "My mom was a rapper. She didn't know I wanted to be a rapper, but I would literally watch her in the studio all day. I'm like, 'This lady is everything,'" she recently shared with Tyra Banks for Sports Illustrated.

In 2019, Holly died at the age of 47 after a battle with a cancerous brain tumor. "No matter what I'm going through, I still want to keep going," Megan told The FADER in May 2019. "Just to show people you can still be strong and you can still face your everyday life. Even when everything coming down on you. I didn't cancel none of my shows 'cause I just knew — I know — how my momma is, and I know she wouldn't want me to stop." Also because of her mom and grandmother, Megan is currently pursuing a degree in health administration from Texas Southern University. "I'm doing it for me, but I'm also doing it for the women in my family who made me who I am today."

Olivia Munn
John Mulaney on Life With a Newborn: "He Has Been Stuck to Me For Two Months"
by Kate Schweitzer 1 day ago

Hunter Schafer
Hunter Schafer on Becoming Jules: "A Lot of My Experiences Fall in Line With Hers"
by Njera Perkins 1 day ago

Taylor Swift
Taylor Swift Fires Back at Blur's Damon Albarn: "I Write ALL of My Own Songs"
by Princess Gabbara 2 days ago