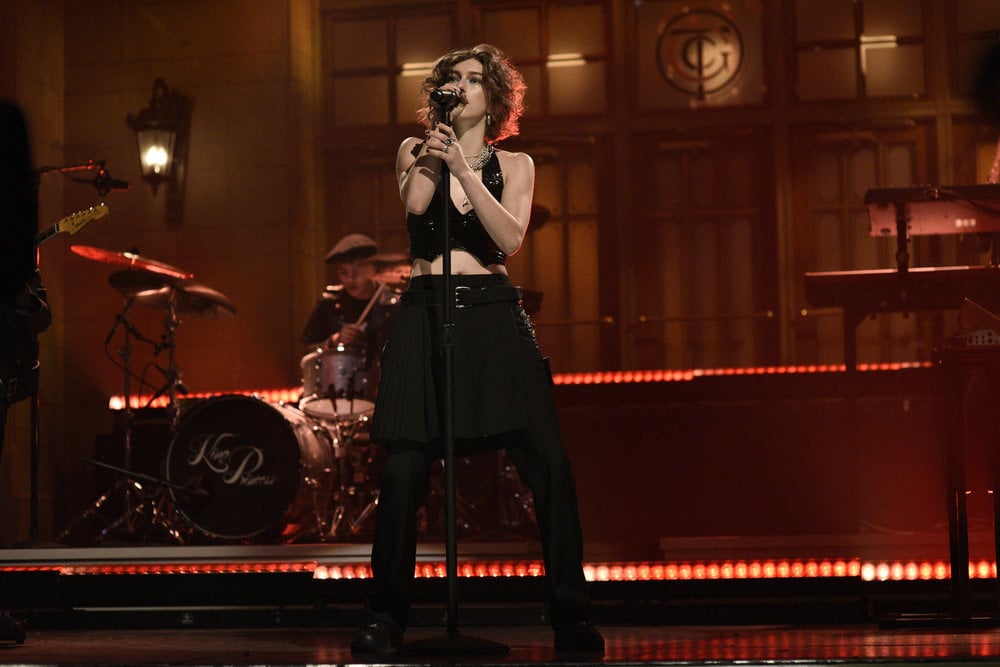 King Princess put on quite the show during her Saturday Night Live musical debut on Nov. 23. The 20-year-old singer first took the stage to croon her single "1950," amazing viewers with her soft sound, quivering vocals, and piercing guitar solo. She then returned for a performance of "Hit the Back" from her new album, Cheap Queen. Delivering a grittier, pop-infused set, King Princess bellowed the lyrics of a yearning lover while spinning and dancing around the stage. She definitely brought the energy to Studio 8H! Watch her SNL performances ahead.