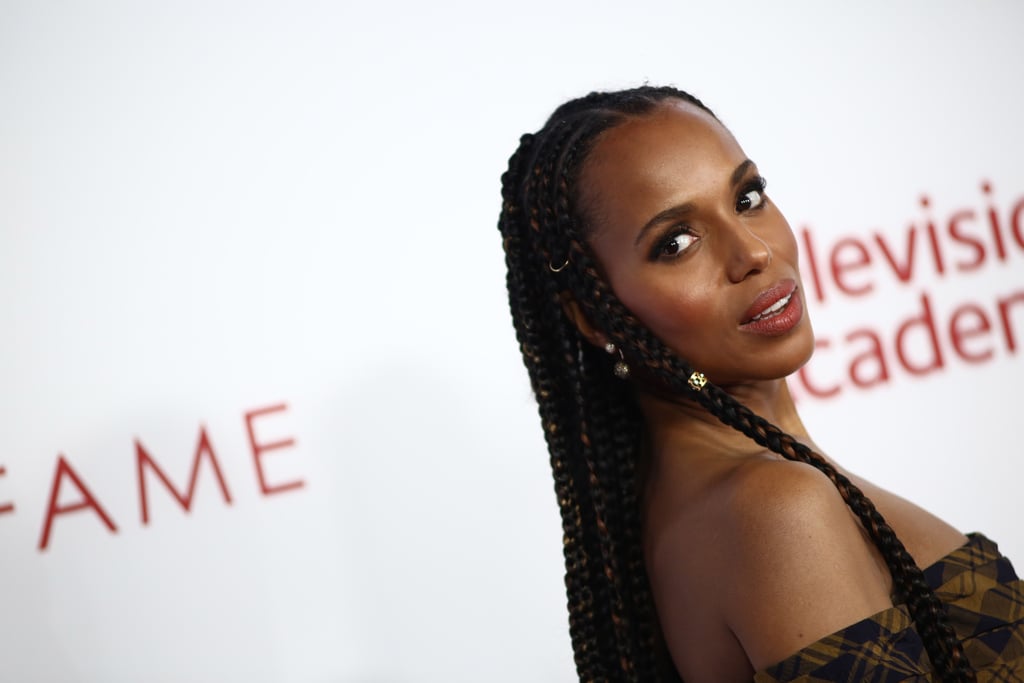 Episode five of Insecure's final season took us on an emotional roller coaster on Sunday night. In "Surviving, Okay?!" we see Molly's (Yvonne Orji) character arc take shape as she powers through a family crisis with the help of Issa (Issa Rae). This season is all about "moving onward," but old habits die hard with Molly as she's still trying to be superwoman for everyone and everything after her mom suffers from a stroke.

Meanwhile, we've finally approached the shocking midpoint moment of the season that will surely steer the rest of the series: Issa finally runs into Lawrence (Jay Ellis), Condola (Christina Elmore), and baby Elijah. We so did not see that happening the way it did. And, of course, it couldn't have happened at a better time, when Issa and Nathan (Kendrick Sampson) finally get together (why?!). We can already tell the rest of the season is going to stress us the hell out — and we partially have Kerry Washington to thank for that.

Related:
Molly's Big Chop on This Season of Insecure Is a Love Letter to Working Black Women Everywhere

Yes, the Emmy Award-winning actress was responsible for directing yet another pivotal episode of Insecure. Washington joined the Insecure fam last season to direct "Lowkey Trying," the ninth episode of season four. According to her, being back in the director's chair for the HBO series was a very rewarding (and bittersweet) experience. "These two. They did NOT come to play this episode," she tweeted along with a photo of Issa and Molly from the newest episode. "I was so in awe of their acting and their commitment to each scene. I'm going to miss Issa & Molly!"

She also shared some more thoughts on her directing stint on the show, tweeting: "I love directing. Especially when it's for one of the most talented, brilliant, hardworking and hilarious, shows in the game. Thanks for having me @insecureHBO. And thanks for telling these stories and sharing these characters will us. I'lol forever be a fangirl."

Earlier this year, she teased her return to Insecure, sharing a Reel of an Instagram Live session between Rae and Orji commenting on her no-nonsense style of directing. "Kerry was like, 'I'm just gonna let you know, if I don't feel it, I'm gonna call you out,' and I was like, 'I hope you feel it!'" Orji said. Rae confirmed her statement, saying, "I don't know what kind of quality you're used to at Scandal, but you're at Insecure, baby! She was not playing!" Washington ended her short clip with a glimpse at the script for episode five of this season while Eminem's "Without Me" played in the background.

We were so happy to see Washington once again reunite with her Insecure crew. But if this latest episode she directed was just the tip of the iceberg for the season, there's no telling what the finale has in store for us! Ahead, check out some of Washington's best moments with some of the cast from Insecure.

The CW
Is Port Oswego From The CW's Naomi a Real Place? Let's Investigate
by Divya Meena 3 days ago