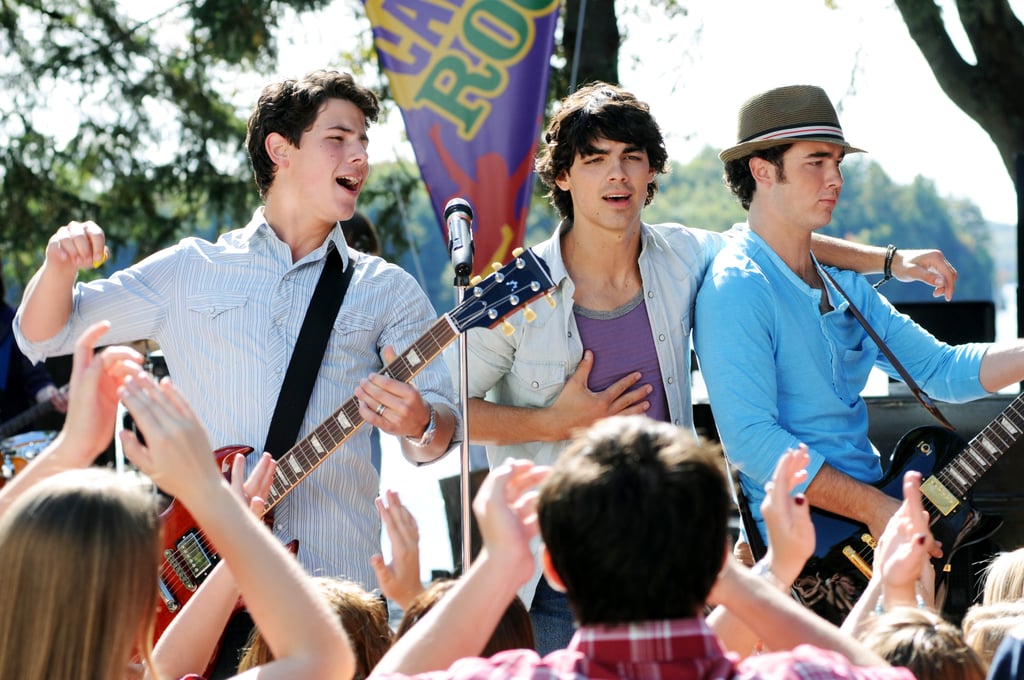 The Jonas Brothers really are masters of creating hilarious TikTok videos. After recreating an iconic scene from Keeping Up With the Kardashians, the brothers channeled their Connect 3 past by recreating a scene from the 2008 Disney Channel original movie Camp Rock. And yes, wigs were involved. Not only did they nail the cheesy acting and facial expressions, but we can't get over the spot-on costumes. Seriously, why does Joe look exactly the same? There's even a cameo from actor Jack McBrayer, who recently joined them for day drinking on Late Night With Seth Meyers. Get ready to rock on as you watch the hilarious video and read reactions from fans ahead.

Related:
Priyanka Chopra Has Never Seen Camp Rock, and This News Does Not Rock On
Previous Next Start Slideshow
NostalgiaJonas BrothersMovies

Neve Campbell
The Latest Scream Was Filled With Twists and Turns, So Let's Break Down That Ending
by Amber Frost 1 day ago

Netflix
Every Question You Have About Netflix's Brazen Ending, Explained
by Emma Vallelunga 3 days ago

Nostalgia
Watch Nadine E. Velázquez Go From Hollywood Ingénue to a Multitalented Queen in Pictures
by Princess Gabbara 5 days ago