Quite a few celebrities threw Emmy parties at their homes on Sunday night, but few compared to Jennifer Aniston's get-together. After opening the show with host Jimmy Kimmel, the Morning Show actress dashed home to make it back in time for her category, outstanding lead actress in a drama series. As Aniston chatted with Jimmy in her robe, she was eventually joined by her former Friends costars Courteney Cox and Lisa Kudrow. When Kimmel inquired about their impromptu appearance, Aniston made a hilarious reference to their hit series saying, "Yeah, we've been roommates since 1994, Jimmy." There was even a cameo from Jen's frequent costar and longtime friend Jason Bateman. Though Aniston lost out to Zendaya for the award, her Friends reunion won our heart. Relive the incredible moment above.

Courteney Cox
Courteney Cox Covered the Friends Theme Song on the Piano, and Man, I Miss This Show
by Yerin Kim 2 weeks ago

Holiday Fashion
The Best Cozy Winter Outfit For You, Based on Your Favorite Friends Character
by Sarah Wasilak 12/18/20 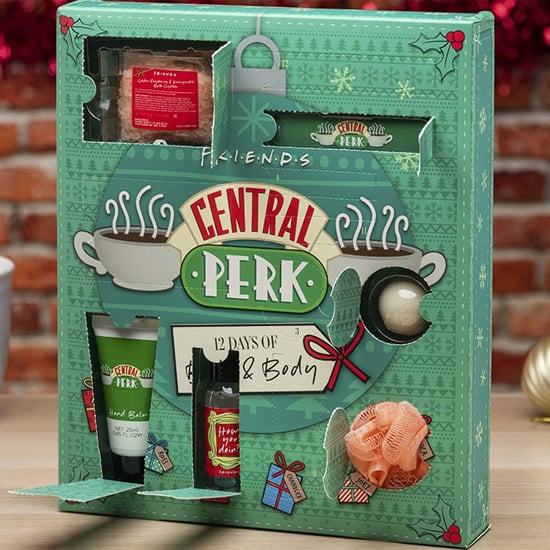 Matthew Perry
Matthew Perry Just Dropped a Chandler Bing Merch Collection — Could This BE Any More Amazing?
by Yerin Kim 12/04/20