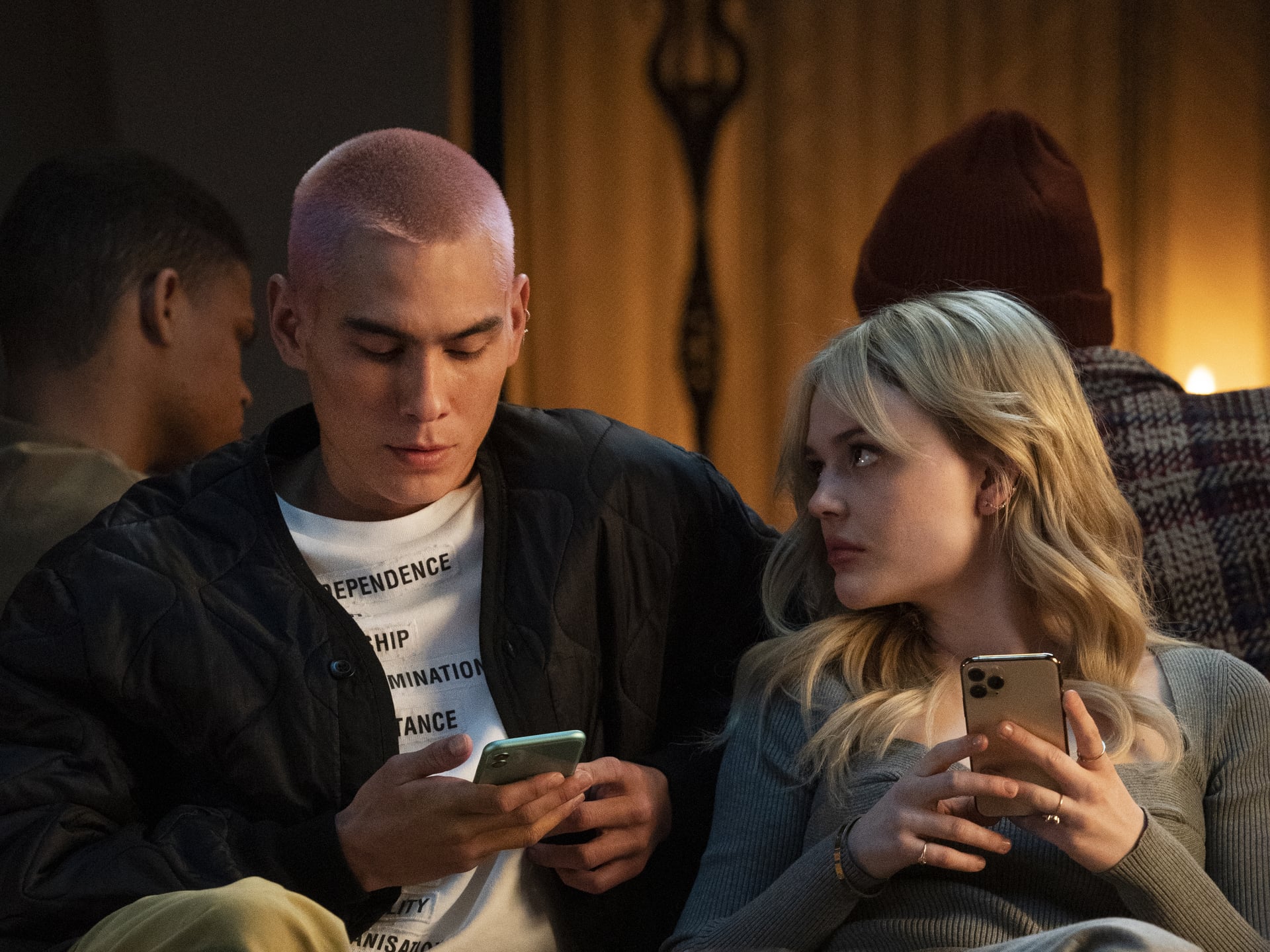 Gossip Girl had its midseason finale on Aug. 12, and rather than tying everything up in a nice bow until the show returns in November, it left us with one major question: what the hell does Roger's (Malcolm McDowell) voicemail to Aki (Evan Mock) mean?

In the final scene of episode six, Roger is shown leaving a message for his son telling him to steer clear from Julien (Jordan Alexander). "There's one thing I forgot to mention: just for a little while at least, stay away from Julien," Roger says in the cryptic voicemail. "If you call me back, I'll talk you through it." But how are Roger and Julien connected in the first place? Frankly, we had no idea that Roger even knew who Julien was. Could she maybe have something to do with the lawsuit his company is currently facing? Or, perhaps somehow Roger is tied to the protest she and Obie (Eli Brown) attended? Regardless, we need answers.

Related:
A Breakdown of All the Easter Eggs in the Gossip Girl Reboot — You Know You Love It

Fortunately for us, creator Joshua Safran recently shed some light on that mysterious voicemail in an interview with Teen Vogue, hinting that Monet (Savannah Lee Smith) and Luna (Zión Moreno) may be at the center of it all. "I don't want to give too much away, but I just think that Monet and Luna have a perspective on Roger's voicemail at the end of episode six that ends up becoming this big thing in the back half," Safran revealed. He also noted that we'll get to learn more about Monet and Luna in the second half of Gossip Girl, so until then, we can just continue to theorize.

Nostalgia
Phat Tuesdays: Look Back at the Black Comedy Renaissance of the '90s
by Chanel Vargas 19 hours ago

Sex and the City
What Has And Just Like That Done to Miranda Hobbes?
by Njera Perkins 19 hours ago