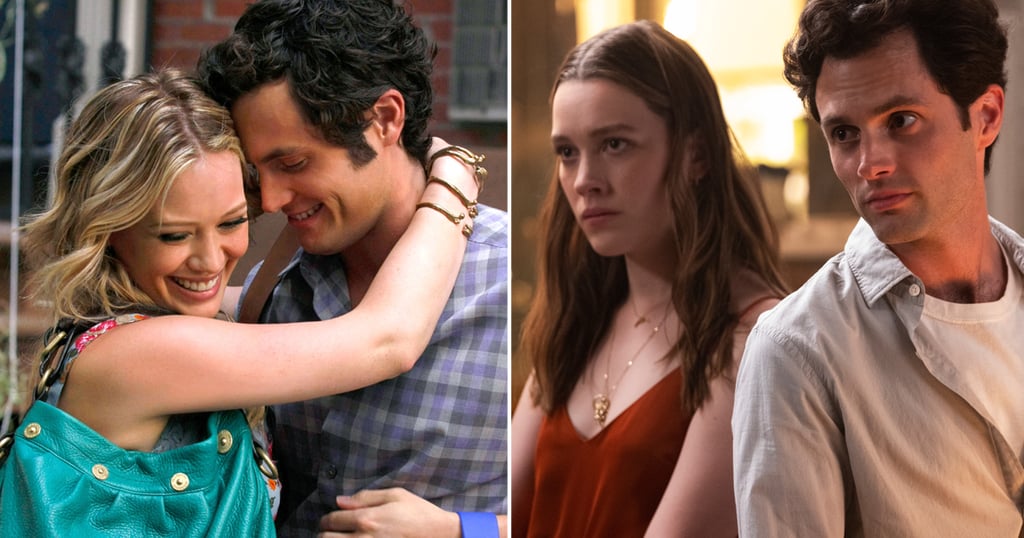 There have been some very convincing comparisons made between Penn Badgley's characters Joe Goldberg from You and Dan Humphrey from Gossip Girl. They both stalk people, judge others, enjoy a good book — the list goes on. But fans have noticed another resemblance between Joe and Dan: they, apparently, have similar types when it comes to dating. Twitter users have taken to the platform to share their thoughts on the similarities between Victoria Pedretti, who plays Joe's love interest, and Hilary Duff, whose character in Gossip Girl dates Dan throughout season three.

One person, who shared photos of Hilary and her real-life beau, Matthew Koma, honeymooning in South Africa, noted, "Hilary Duff and her husband are out here looking like Love and Joe from You." The official Twitter account for You even agreed, retweeting the message and adding a reference to Joe and Love's affectionate phrase from the show: "how much you wanna bet their vows had 'i wolf you,'" the account wrote. And they're not the only ones who think Victoria and Hilary are doppelgängers. Look ahead to read more reactions about the stars' resemblance!

Selena Gomez
Why Do Shows Still Think It's OK to Make a Joke About Selena Gomez's Kidney Transplant?
by Kelsie Gibson 1 day ago