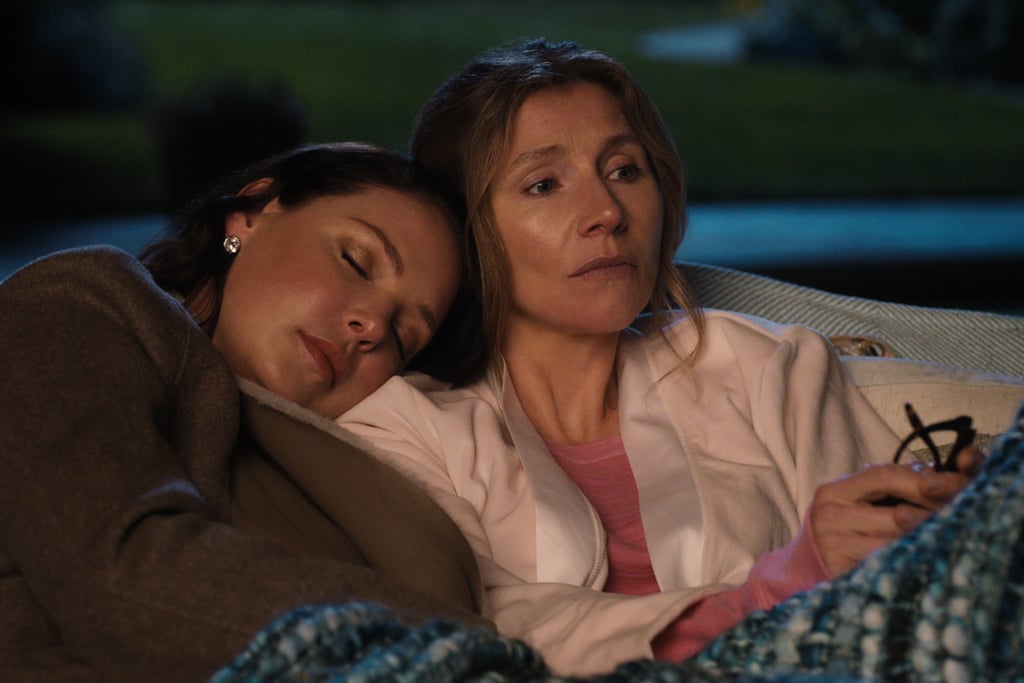 3 Theories About That Puzzling Flash-Forward on Netflix's Firefly Lane

It only took me one episode to become completely obsessed with Firefly Lane. While the Netflix series, which is based on Kristin Hannah's book of the same name, is cheesy at times — as with most romance shows — it's the dramatic storylines that really pull you in. And since the series jumps back and forth in time, you're constantly trying to piece the storylines together as you watch. However, things really come to head in the final episode.

Early on, we learn that someone has died, as Kate is shown attending a funeral with her daughter Marah in a flash-forward. As a result, the entire first season becomes a guessing game of whose funeral Kate is attending. While it's largely hinting that Tully is dead in the time jump, that theory is eventually squashed when she comes face-to-face with Kate in episode seven. However, what's more unsettlingly is that Kate and Tully appear to no longer be friends in the flash-forward.

In the final episode, when it's revealed that the funeral is actually for Kate's father, the two have another tense interaction as Kate tells Tully to leave. "No one wants you here," she says. While it's never revealed why they aren't speaking anymore, it's implied that Tully did something very hurtful, as Kate told her she would "never forgive her" for what she did. So, what exactly did Tully do? Read ahead as we break down the most plausible theories for that cliffhanger ending.

Jamie Foxx
3 Things to Know Before Queuing Up Netflix's Delightful Series, Dad Stop Embarrassing Me!, With Teens
by Murphy Moroney 10 hours ago

Nostalgia
The Serpent: How to Steal Monique's Sultry and Bohemian '70s Style
by Kara Kia 1 day ago