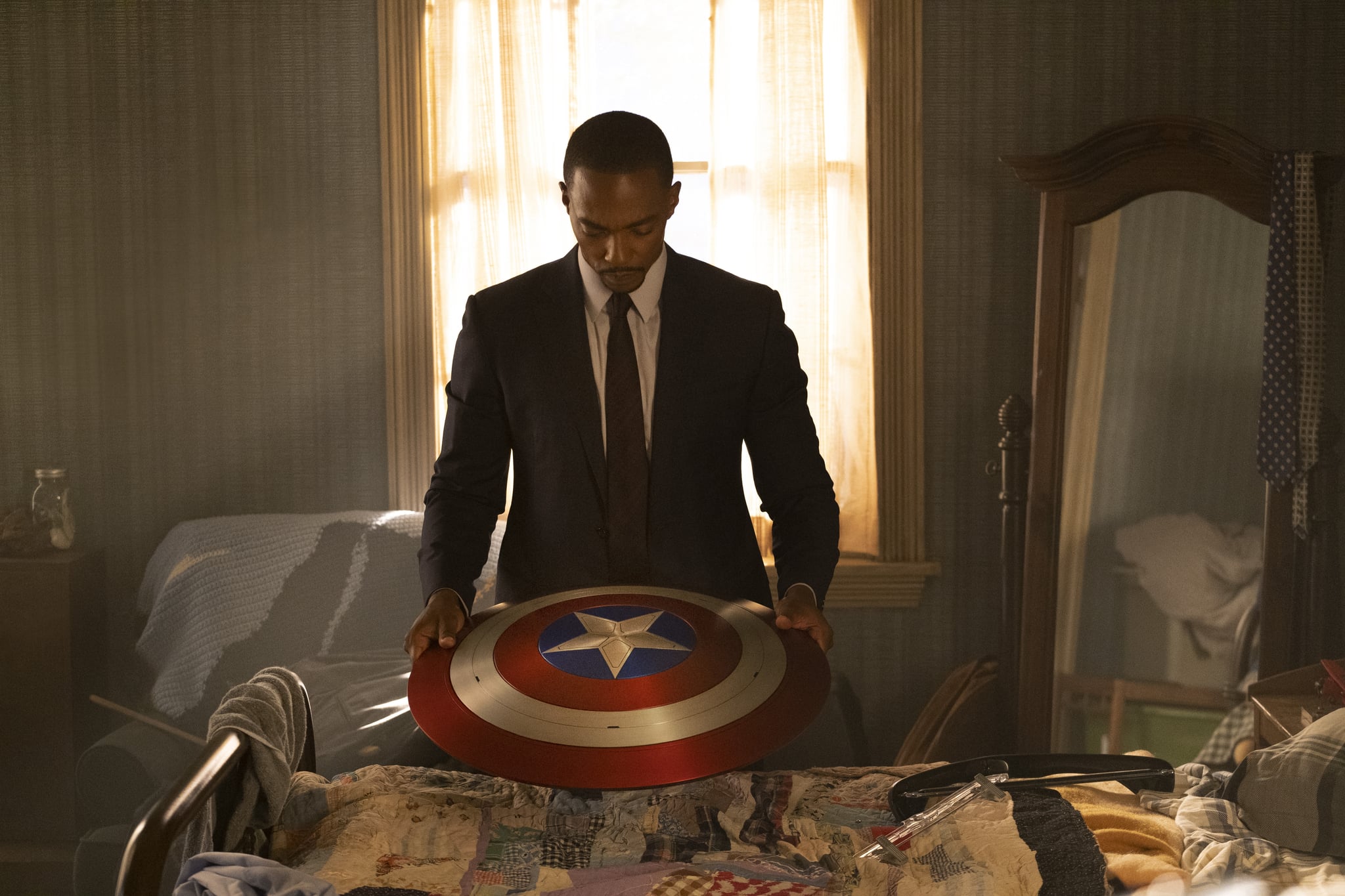 If you thought Sam Wilson taking the shield from Steve Rogers in Avengers: Endgame meant his fate as the new Captain America was signed, sealed, and delivered, the first episode of Marvel's The Falcon and the Winter Soldier has gleefully proven you wrong with a last-minute twist: a new Captain America who isn't Sam.

The series picks up about six months after everyone returns from the Blip and reveals that, despite him being Steve's chosen successor, the Department of Defense asked Sam to give the shield back to the government as a museum display piece for the Smithsonian. Although Sam is visibly conflicted, he does so, because as he's said before, the shield "feels like it belongs to somebody else." When speaking with Rhodey (Don Cheadle), the two heroes discuss how the Captain's legacy is a complicated one and what Sam's future as a hero looks like now that he works on contract for the government. Sam explains that in his opinion, the shield doesn't belong to anyone who isn't Steve — the shield and the man are one and the same. He walks away from the decision still torn but sure he's done the right thing — that is, until the episode ends with his sister Sarah (Adepero Oduye) showing him a news conference where the government introduces "the new Captain America" holding the very shield he just gave up.

Related:
The Falcon and the Winter Soldier Asks the Big Question: Where Is Steve Rogers?

Although the episode doesn't reveal anything about this new "hero" aside from his masked face and uniform, fans of the comics are instantly able to spot the familiar look. The new Captain is played by Wyatt Russell, whose character, John Walker, is well-known from the comics as US Agent or Super-Patriot. Created by Mark Gruenwald, John has a long comic history. The gist is that he grew up idolizing his brother Mike, who died in the Vietnam War. John served in the Army, and when the villain Power Broker gives him superhuman strength, stamina, and durability, he begins calling himself Super-Patriot. He launches a smear campaign against Captain America, claiming Steve is too old to be a symbol of modern America, and refers to himself as "the future of the nation," saying he stands for the nation's "true ideals."

Naturally, Steve and John end up clashing, but the fight ends in a draw as John is the perfect foil for the Captain. When Steve abandons his long-time mantle, the government appoints John as the new Captain America — a storyline that The Falcon and the Winter Soldier is seemingly drawing inspiration from. In the comics, John struggles with his job as the new Captain, as his patriotism lingers uncomfortably close to fascism. He's more violent than Steve is and much less emotional, which means he's more likely to harm his opponents, even beating one to death and killing a majority of the extremist right-wing group known as Watchdog. His actions lead to him being deemed unworthy of the Captain America title, and he's forced to give up the shield and assume the alter ego of US Agent. 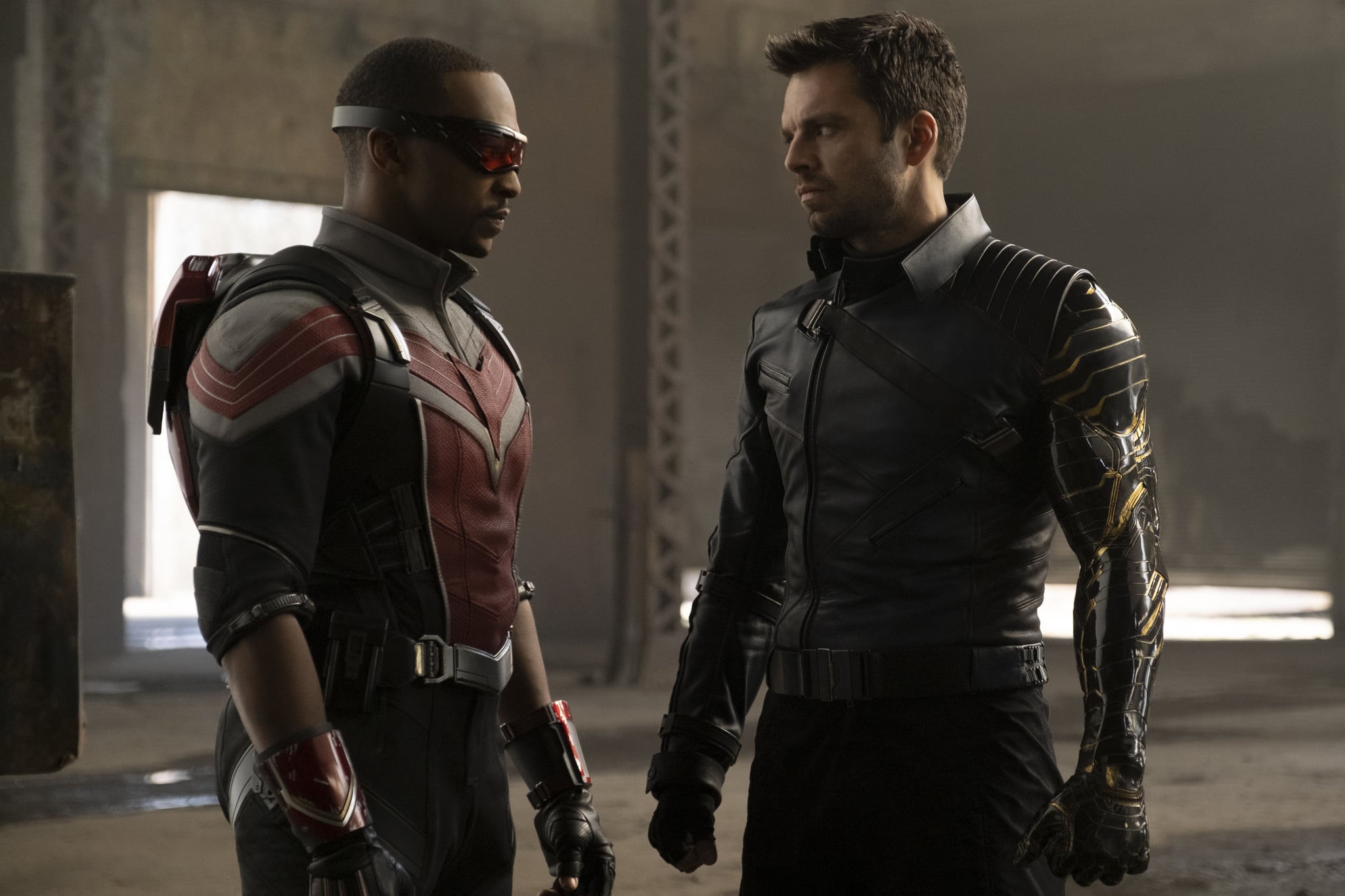 There are many ways John's story can play out in The Falcon and the Winter Soldier, but it feels like the series is setting him up as a villain. We're only into the first episode, but it's clear from Sam's comments that he believes the shield to be more than a weapon or a marketing tool; it's a symbol for the hopeless and the scared. It matters who's holding the shield, which is why he believes Steve is the only man for the job. (Why he believes he doesn't deserve it even though Steve clearly knows he does is a conversation for another time.) Will John's zealotry make an appearance? There's no doubt we'll see him, Sam, and even Bucky butt heads over the use of the shield, but will it end in fisticuffs? We'll have to see!

Image Source: Marvel
TVMarvelStreamingThe Falcon And The Winter SoldierDisney Plus

Chase Stokes
Someone Pass the Windex, 'Cause Chase Stokes in a Sheer Fendi Top Is Fogging Up Our Screens
by Victoria Messina 22 hours ago