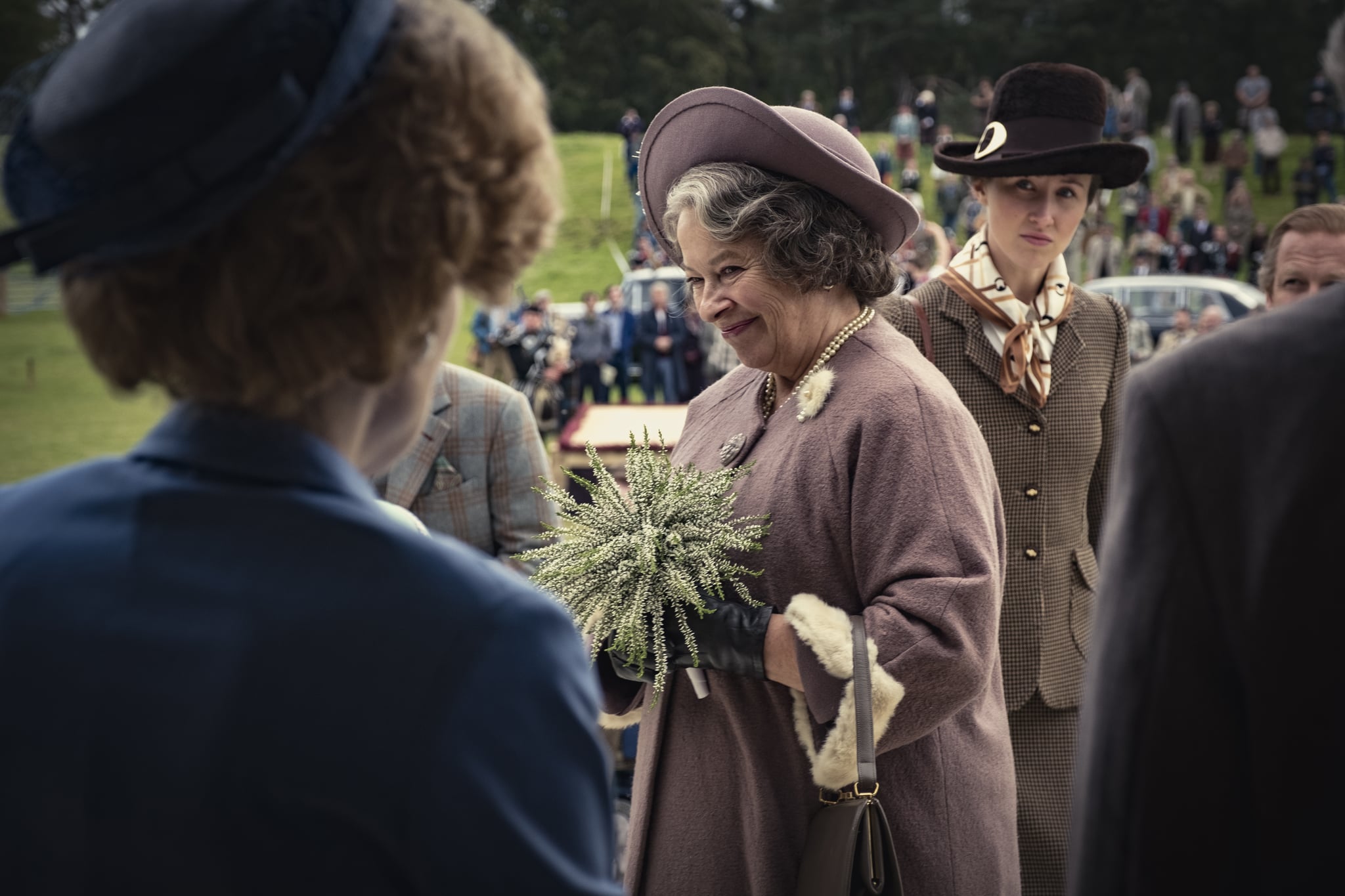 In episode seven of The Crown season four, "The Hereditary Principle," Princess Margaret makes a horrible discovery during one of her therapy sessions: two of her first cousins on her mother's side whom she knew nothing about have been institutionalized for decades. Her discovery leads to her confronting the queen mother, who not only confirms that the cousins were declared dead to protect the Windsors' reputation once her husband, King George VI, ascended to the throne but even attempts to justify the role she played in having two of her brother's daughters locked away. It's a shocking reveal that does have some basis in fact, but the true story of the queen's cousins Nerissa and Katherine Bowes-Lyon is full of unanswered questions.

Nerissa and Katherine were the third and fifth daughters of John and Fenella Bowes-Lyon. John was Queen Elizabeth's (the queen mother) older brother, which made the girls her nieces. While the sisters were born with severe learning disabilities, they did not spend their entire lives in an institution. It wasn't until Nerissa was 22 and Katherine was 15 that they were separated from their family and committed to Royal Earlswood Hospital in Redhill, Surrey (pictured below). As reported by The Telegraph and seen on the show, three of their cousins on their mother's side — Idonea, Rosemary, and Ethelreda — were all sent to the same institution.

What's unclear is why the cousins were sent away after living with their family for so many years. The Crown series creator Peter Morgan offers his take on the situation, suggesting that the perceived need to protect the reputation of the royal family's bloodline played a key role in the fate of the sisters. But this has never been confirmed by the royal family or anyone close to the situation. In fact, the royals haven't spoken about the matter at all since the existence of Nerissa and Katherine was made public in 1987, shortly after Nerissa's death at the age of 66. 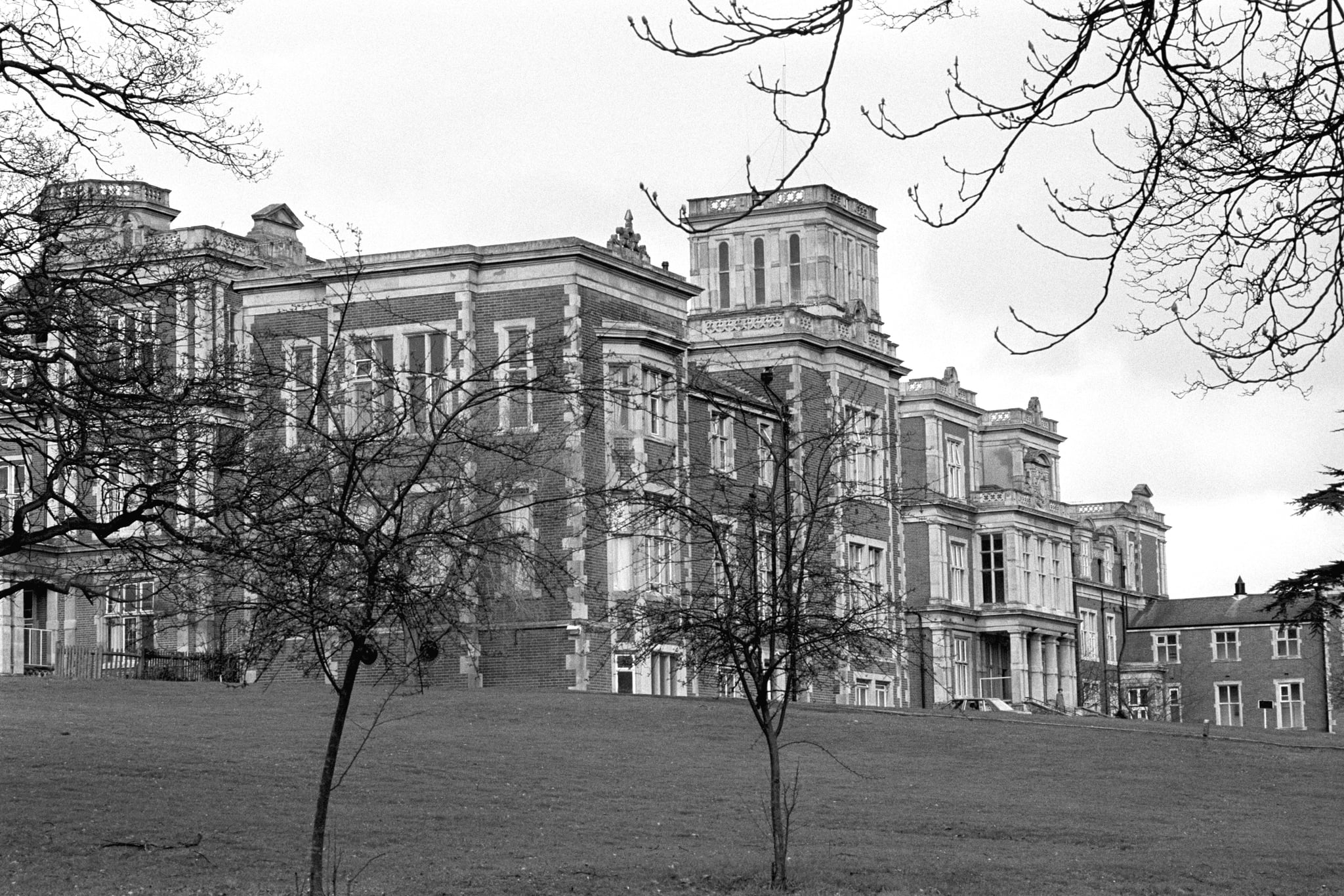 If the queen mother did play a role in having her nieces institutionalized, the world may never know, but the 2011 Channel 4 documentary The Queen's Hidden Cousins pointed out that they were sent away in 1941, just a little over five years after King George VI took the throne. By 1963, they had been falsely declared dead by one of their family members, which was recorded in Burke's Peerage, a genealogical record book for British aristocracy. It seems that by all accounts, the sisters were completely abandoned by their family. In 1987, a hospital representative told Thames News that no one had visited Nerissa since the early '60s.

Even though there's no clear answer as to why the cousins were abandoned by their family, The Crown's depiction of them being aware that the royals are their family is heartbreakingly accurate, according to Onelle Braithwaite, a former nurse at Royal Earlswood. In the documentary, she revealed that Nerissa and Katherine always acknowledged the queen and queen mother when they were on the television. "If the Queen or Queen Mum were ever on television, they'd curtsey — very regal, very low," she claimed. "Obviously there was some sort of memory. It was so sad. Just think of the life they might have had. They were two lovely sisters."

Tellingly, even after the story broke that Katherine was still alive in 1987, there were no reports of her being visited by any member of the royal family. She died in 2014. So while The Crown is presenting a fictionalized account of the royal family's reaction to the news of the cousins' institutionalization, the series isn't overstating the tragic nature of Nerissa and Katherine's story.