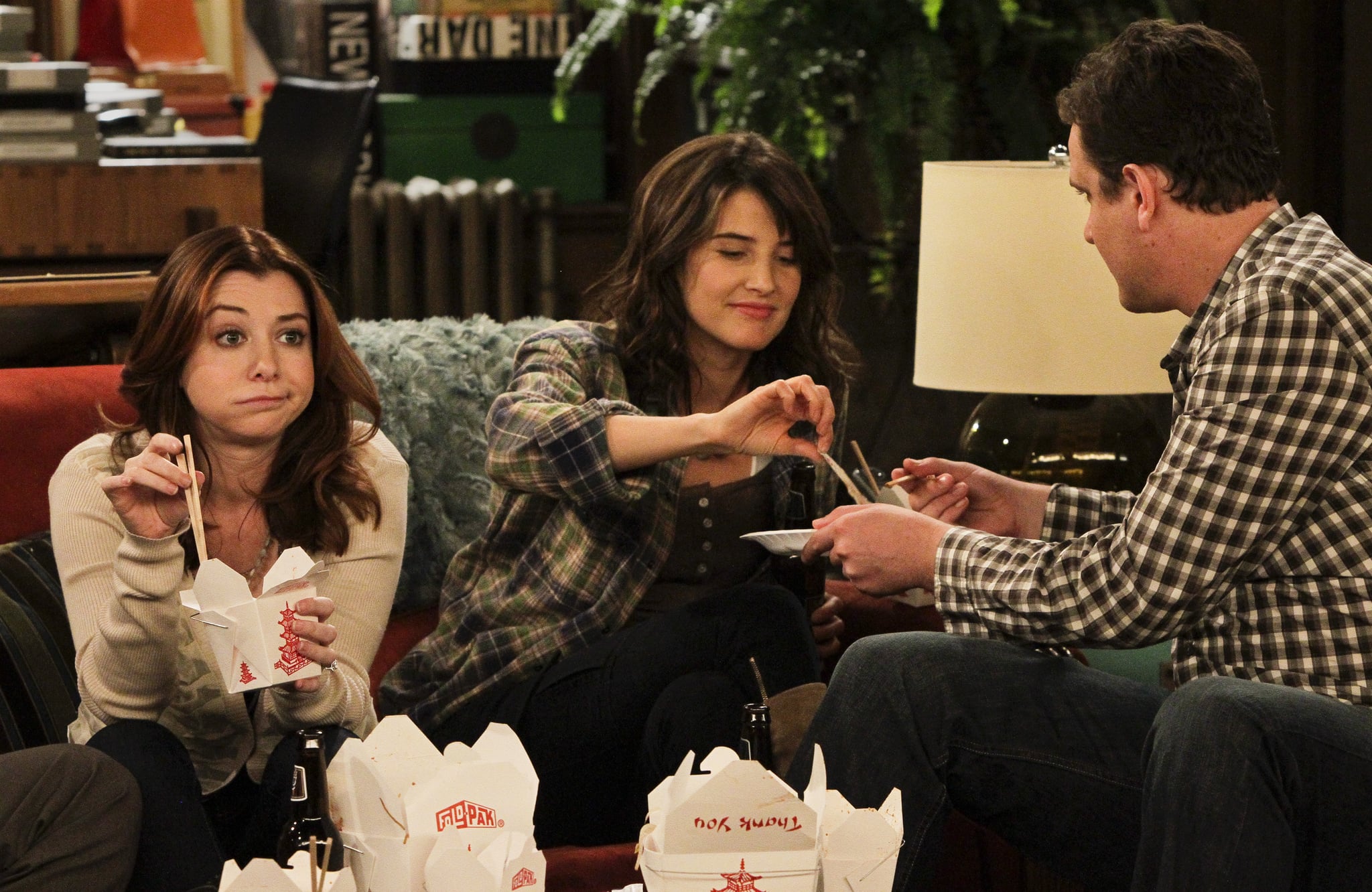 We may all be staying at home right now, but there's one woman who has us aching to head back to the mall: Robin Sparkles. How I Met Your Mother fans got a special treat when actress Cobie Smulders paid tribute to her character Robin Scherbatsky's Canadian pop-star alter ego. The star took an unexpected trip down memory lane while on a virtual hangout with Stumptown costar Jake Johnson for Vulture's Instagram Live series Two Friends: A Nice Time Hanging Out With People Who Know Each Other Well. While the two reminisced about their former long-running television series (Johnson played the lovable Nick Miller on New Girl), fans begged Smulders to sing her character's infamous song, "Let's Go to the Mall."

After some nudging from Johnson — in which the actor demanded that Smulders "Give us a goddamn 10. We're all living in COVID-19, give us a damn 10." — the Friends From College actress sang a bit of the song's opening verse, singing "Come on Jessica, come on Tori / Let's go to the mall, you won't be sorry." Or rather "sorey," because that Canadian accent is thick. Watch the nostalgic moment occur about 10 minutes into the video below, then join us in wondering if the world would ever be ready for an acoustic version of "Let's Go to the Mall."

Eric Dane
Nate's Dad's DVD Is Missing on Euphoria — Who Took It?
by Toria Clarke 18 hours ago

Identity
Why Do Latinx Shows Keep Getting Canceled?
by Johanna Ferreira 19 hours ago

ABC
Will the Queens Make Another Comeback For Season 2?
by Njera Perkins 20 hours ago