James Spader has a new primetime role in NBC's The Blacklist, and to portray his mysterious character Red Reddington, he's got a new 'do for it, too. At NBC's TCA, Spader expounded on why a shaved head is the ideal look for a former criminal who helps a newbie FBI agent (Megan Boone) find other criminals. Spader also had some surprising things to say about his stint on The Office, while his costar Diego Klattenhoff spilled on what his job on The Blacklist means for his Homeland character Mike. 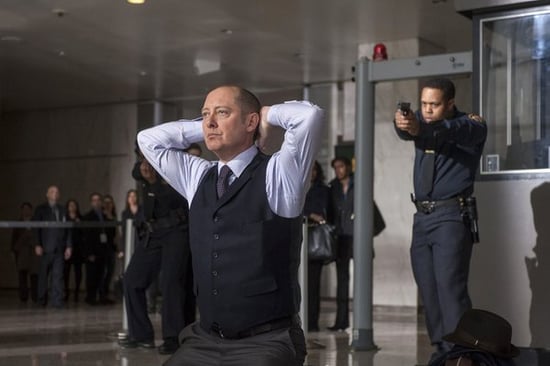 Image Source: NBC
The BlacklistJames SpaderFall TVTV
Around The Web

Netflix
Finn Wolfhard Is as Excited as We Are About Stranger Things Season 4: "It Feels Like Home"
by Brea Cubit 11 hours ago

Camila Mendes
If Hollywood Won't Create Content For the Latinx Community, Camila Mendes Will Do It Herself
by Kelsie Gibson 11 hours ago

Netflix
Uh, Did We Completely Miss This Obvious Murder in You Season 2?
by Stacey Nguyen 15 hours ago

Netflix
Want to Keep Up With the Stars of Netflix's Cheer on Social Media? Here's a Handy List
by Amanda Prahl 16 hours ago