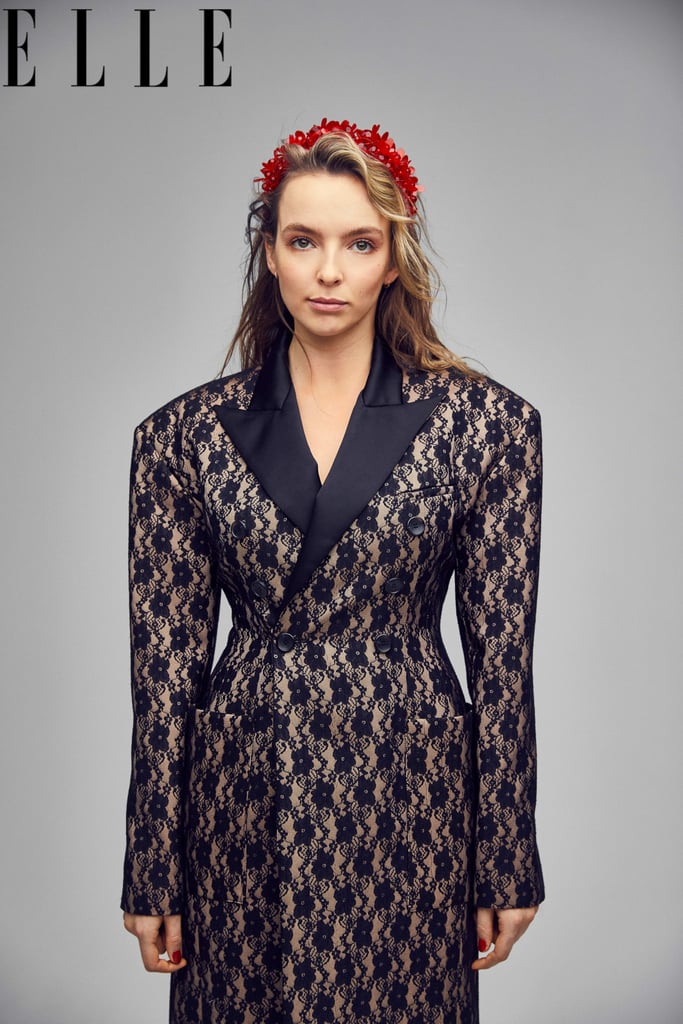 Killing Eve's Villanelle is simultaneously angelic and absolutely terrifying, and that's all thanks to Jodie Comer. The 26-year-old actress from Liverpool beat 100 actresses to star in the BBC drama alongside Sandra Oh, and she opened up about her role in the April issue of Elle. "I didn't take any influence from any other fictional assassin because I just felt like she was so different, and that isn't a particularly genre of film I would usually be drawn to. I felt that she brought something kind of fresh," Comer told the magazine.

Her portrayal of the fascinating character paired with Oh's killer (sorry) performance hooked viewers, who devoured season one and are eagerly awaiting season two, which premieres on April 7. We don't know much about what will unfold in the episodes ahead, but rest assured Comer and Oh have plenty of screen time again. "I've always said she probably watches a lot of reality television," Comer said of Villanelle. "I think she's fascinated by people, but the way she reacts to situations isn't necessarily normal." She added, "We're all villains sometimes. She just takes it to the extreme."

Learn more about Comer in Elle's feature, and watch the gripping trailer for season two. Comer touched on the new season, saying, "It may not be what [viewers] think it's going to be. But that's all I can say."