If you somehow haven't heard yet, Netflix is coming out with a Mötley Crüe biopic, and it looks seriously wild. Based on Mötley Crüe's bestselling 2001 autobiography The Dirt: Confessions of the World's Most Notorious Rock Band, this long-awaited biopic will follow the story of the heavy metal band's rise from obscurity to super stardom and international fame during the course of the 1980s. What's even crazier than the stories drugs, alcohol, and groupies told in the book (which are supposedly all true) is the incredibly stacked cast, and we can't imagine a better person to play Mötley Crüe's founding member and drummer Tommy Lee than Machine Gun Kelly.

Plenty of people were surprised to see Colson Baker (or Machine Gun Kelly, as he goes by professionally) playing Felix (better known as the jerk who stole the car) in Netflix's insanely popular post-apocalyptic thriller Bird Box (pictured ahead), but they shouldn't be. The 28-year-old Cleveland-born rapper has actually been adding to his acting résumé for a while now, and in fact, he made his acting debut back in 2014 in the romantic drama Beyond the Lights.

Related:
16 Netflix Original Films That Are Required Watching This March

In Beyond the Lights — which stars Gugu Mbatha-Raw, Minnie Driver, Nate Parker, and Danny Glover — Machine Gun Kelly plays a self-important rapper named Kid Culprit who used to date Mbatha-Raw's character (and who forcefully tries to pull the jacket off the rising pop while they are performing together to reveal the skimpy outfit she wears underneath). However, despite playing a rapper, MGK is definitely nothing like the aggressive Kid Culprit in real life. In an interview with MTV News, he explained how different he is from the hypersexual character he plays. "I'm very much so affectionate in private, as myself," he said. He also wore sunglasses to help himself get into character: "To bring that type of arrogance, I needed a shield — which was the sunglasses." 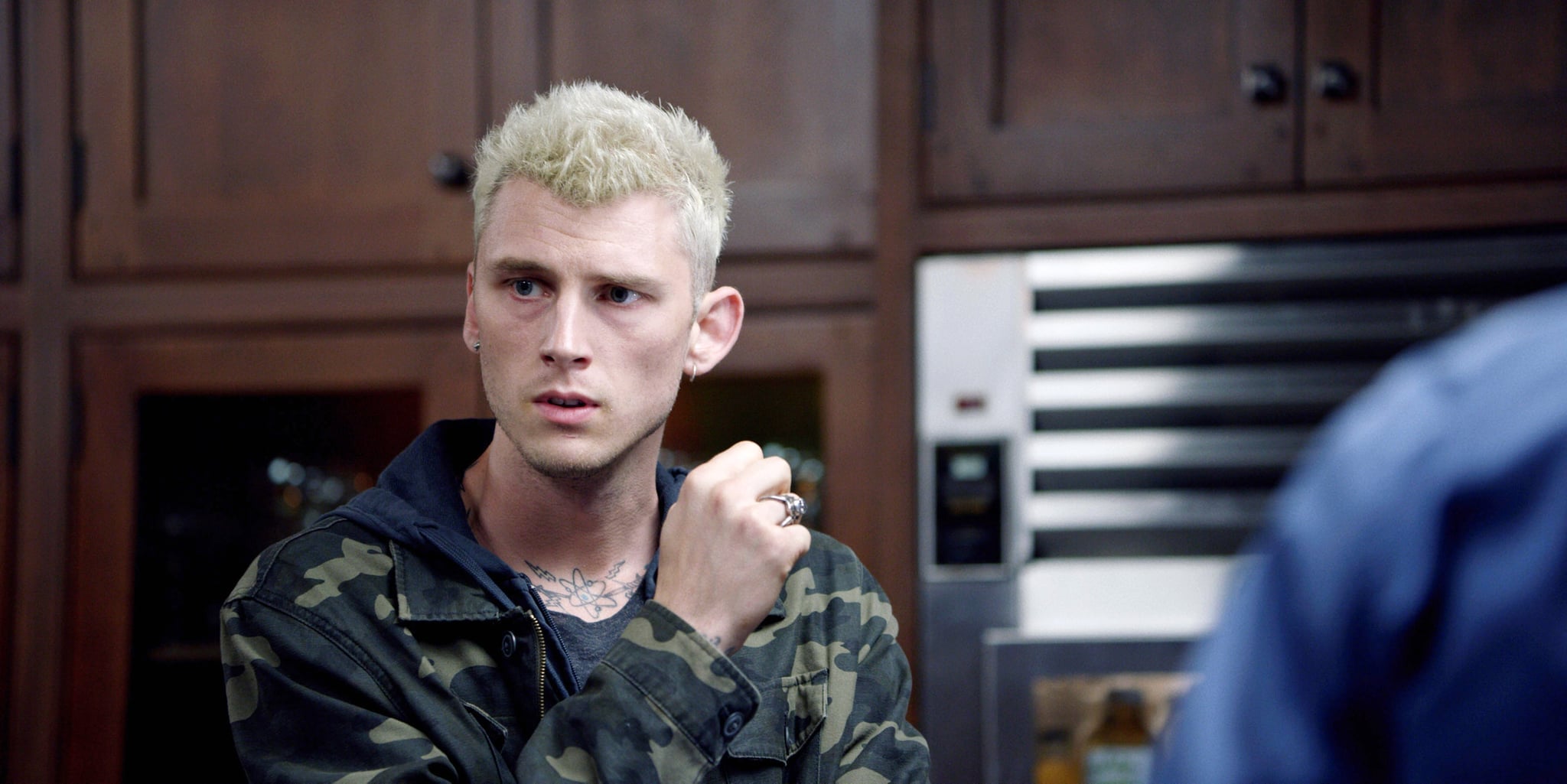 After Beyond the Lights, he went on to appear in several other films, including Punk's Dead (the sequel to 1998's SLC Punk!), Nerve (which stars Emma Roberts and Dave Franco), sci-fi horror Viral, and The Land (where he also served as coexecutive producer). He recently starred in the comedy Big Time Adolescence alongside Pete Davidson, who also plays record executive Tom Zutaut in The Dirt.

On the small screen, MGK played a recurring role on the unfortunately short-lived Showtime comedy-drama series Roadies as Wesley "Wes" Mason, a former Pearl Jam roadie and espresso fiend. During an interview with Collider, MGK explained the audition process ("I had to send in a scene of me crying after Pearl Jam fired me," he said) and the "ballsy" move he made when five months had passed without news of whether or not he'd landed the role: calling casting director Gail Levin on Christmas Eve and delivering a monologue about Nirvana's Nevermind album. As he explained, "I just wanted to know . . . whether he was going to judge me by the fact that I wasn't an already established A-list actor." Fortunately for him, the risk paid off.

As to why he branched out into acting, MGK explained to Collider that he has felt he had a presence in front of the camera ever since he was a kid. "Now, I'm looking for a role that's going to make the movie industry and community really just be impressed with the fact that I went so out of my element for that role," he said. We can't wait to see to see more of him on the big screen, and luckily, MGK already has a few forthcoming projects lined up. As well as The Dirt (which premieres on Netflix on March 22), he's set to appear in the sci-fi crime thriller Captive State, coming to theaters on March 15.