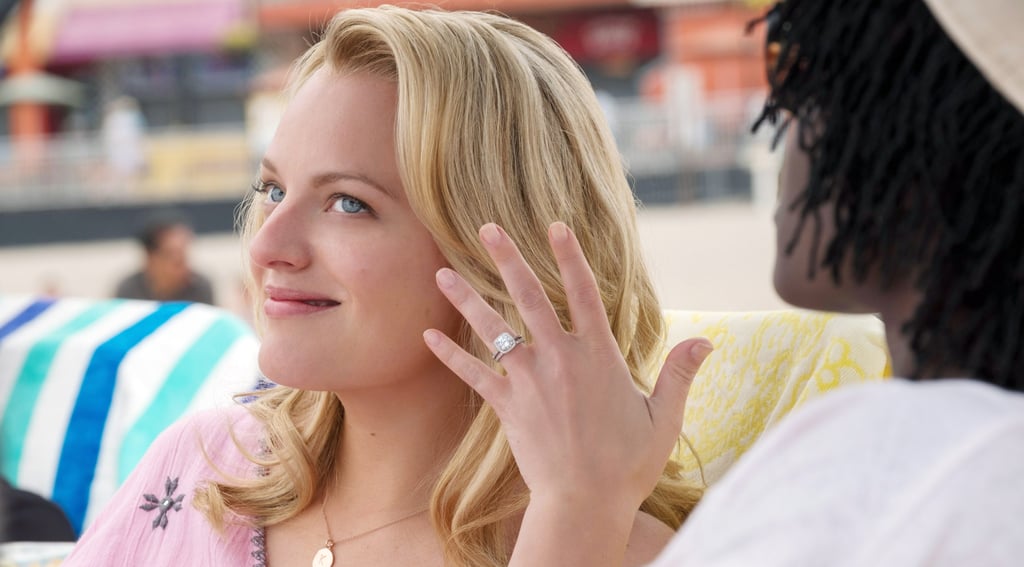 Now that Us is in theaters, we're officially terrified of any noises, shadows, music, and, quite frankly, family members. While we spend the next few nights trying to unravel Jordan Peele's ending, we are also spending a good deal of time marveling at how this all-star cast created one of the scariest films we've seen this decade.

We're sure you recognize Elisabeth Moss from her starring role in Hulu's adaptation of The Handmaid's Tale and AMC's late, great Mad Men, but Moss has been showcasing her acting abilities since the '90s. She landed her first TV credit playing Robin in the 1990 TV movie Bar Girls. After that, she lent her vocal talents to animated TV series like Animaniacs, Batman: The Animated Series, and Freakazoid! (holy '90s nostalgia, Batman!). One of her first major film roles came when she played Harvey Keitel's daughter in the 1994 film Imaginary Crimes, but you might also recognize her from her part as a patient at a mental institution in the iconic 1999 film Girl, Interrupted.

We're beginning to think Moss might be one of the busiest actors in showbiz. She went on to film roles in Anywhere But Here, Mumford, Heart of America, and the 2004 film Virgin, which landed her an Independent Spirit Awards nomination. She also had roles in Grey's Anatomy, Medium, and Invasion around this same time. But it was the 2007 casting selection of Moss as Peggy Olson in Mad Men that made her a household name. We'll never forget her role as the feminist icon who worked her way from secretary to copywriter, and never failed to put Don Draper in his place.

Once Mad Men ended (we're still in withdrawal), she garnered a ton of attention for her role in the 2015 film Queen of Earth, in which she played a woman with major mental problems who loses her psychological footing at a vacation home. She also starred alongside Saoirse Ronan, Annette Bening, and Corey Stoll in the 2017 film adaptation of Anton Chekhov's The Seagull. Oh, and in her free time, she starred as Detective Robin Griffin in the critically-acclaimed TV series Top of the Lake, a performance that earned her a Golden Globe.

If you're like us and you can't get enough of Moss, you're in luck. With Hulu continuing to shock us with The Handmaid's Tale, and her upcoming roles in 2019 films The Kitchen and Shirley, we'll have plenty of impressive Moss performances to look forward to. She's even rumored to be starring in a remake of Invisible Man.

Previous Next Start Slideshow
Elisabeth MossMoviesUs Movie
Around The Web

Alexandra Shipp
Endless: Alexandra Shipp and Nicholas Hamilton Have an Emotional Reunion in This Exclusive Clip
by Kristin Harris 4 hours ago

Nostalgia
It's Time We Address a Hard Truth About Toy Story: Woody Kind of Sucks
by Sydni Ellis 1 day ago