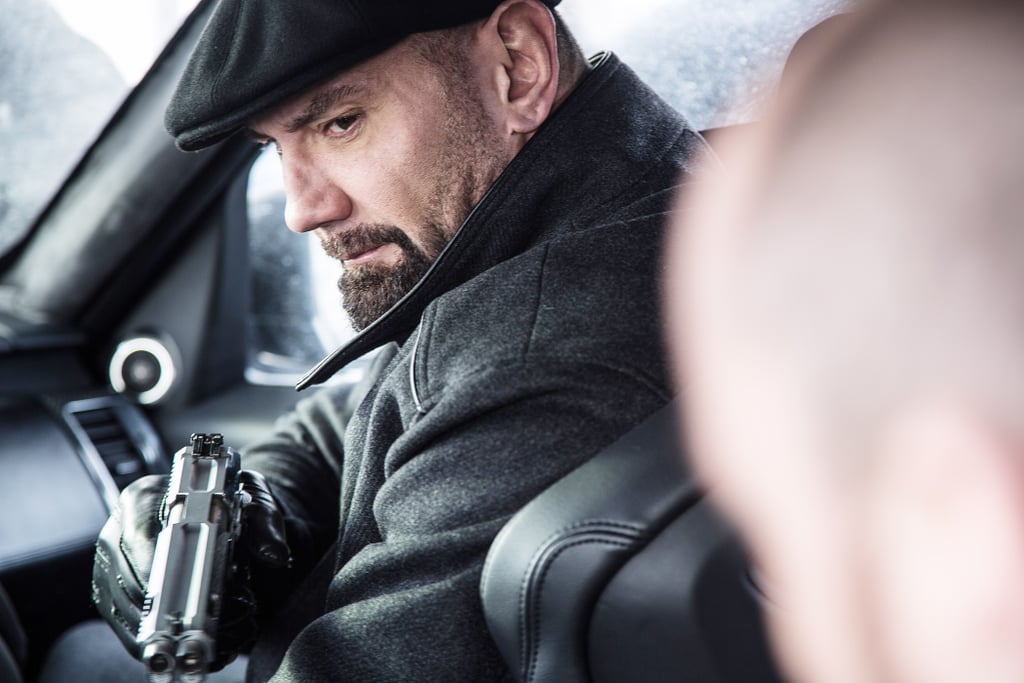 Christoph Waltz has gotten all the attention for taking on the villain role in Spectre, but he's not the only bad guy in the movie. The majority of the heavy lifting (literally) is done by Hinx, played by Dave Bautista. He's a mountain of a man who rarely speaks, but has no problem murdering people with his bare hands. His special skill, in fact, is gouging out the eyes of his enemies with his silver thumbnails. If you're wondering why he looks familiar, it's because he starred in another big-budget action movie: Guardians of the Galaxy. He looks much different sans the green skin, so it's OK if you couldn't quite place him.