The latest James Bond film, Spectre, isn't just notable because it could be Daniel Craig's last outing as the famous British spy — it's also a big deal because it features a villain whom any James Bond fan would know. However, if you're not a diehard fan and simply want to know why half the theater cheers when Christoph Waltz reveals his character's real name, we can help. If you haven't seen the film and don't want to be spoiled, stop reading now. 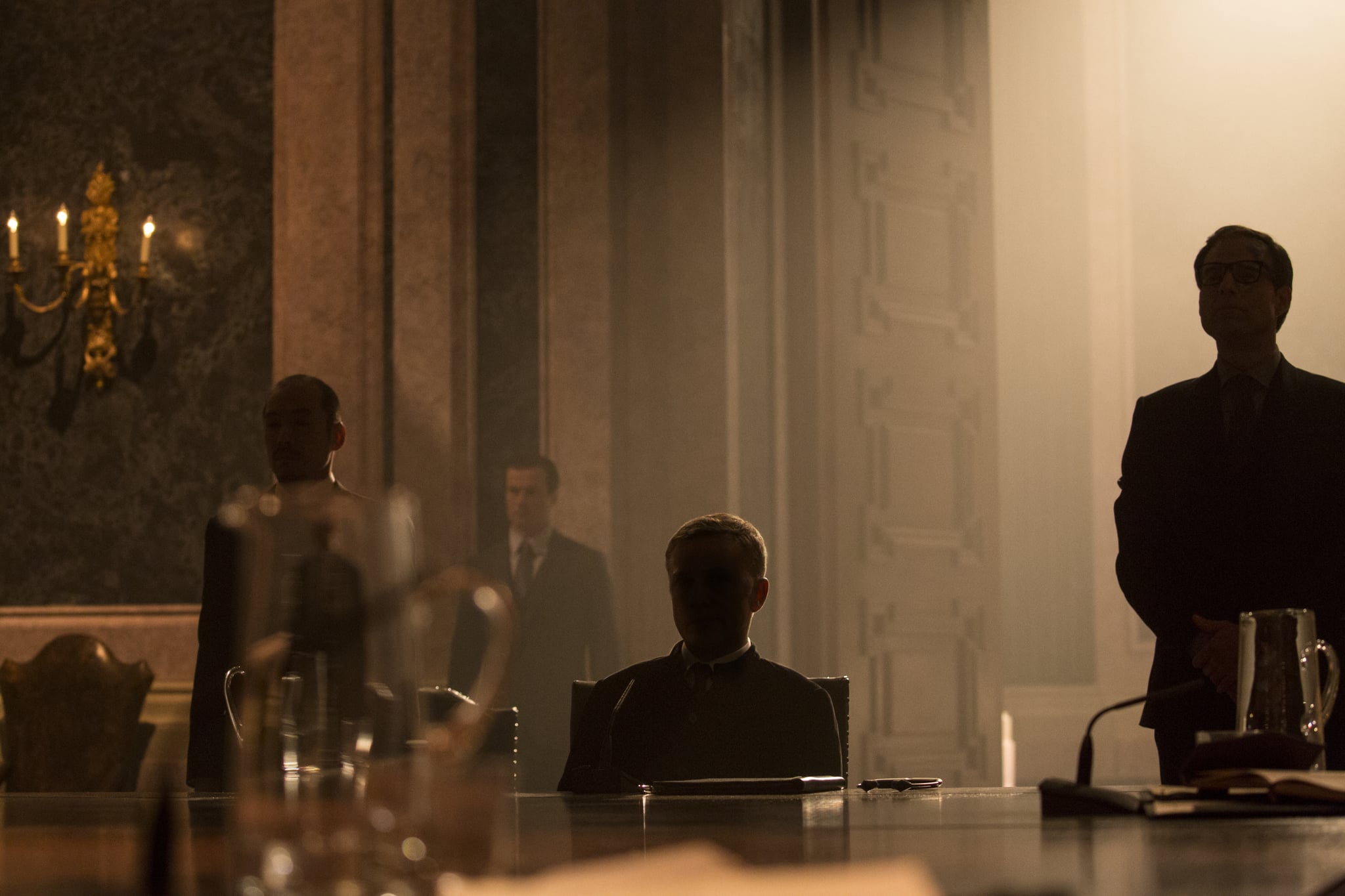 Waltz plays the main villain (not just the skull-cracker portrayed by Dave Bautista), and we first meet him as Franz Oberhauser, the head of titular organization SPECTRE. The shadowy figure is intimidating in his own right, but in the third act of the movie, Oberhauser reveals his real identity — and it will throw Bond fans into a tizzy. As was rumored, Oberhauser reveals himself to be Ernst Stavro Blofeld, one of the biggest and baddest Bond villains in history. It's notable for two big reasons: who Blofeld is to the Bond world, and who he is to the more mainstream pop culture.

Who He Is to the Bond Mythology

Simply put, Blofeld is Bond's arch-nemesis. He appears in seven of Ian Fleming's novels and six pre-Daniel Craig Bond movies: From Russia With Love, Thunderball, You Only Live Twice, On Her Majesty's Secret Service, Diamonds Are Forever, and For Your Eyes Only. Spectre marks his seventh film appearance, played by Waltz. The character was previously played by several different actors: Telly Savalas, Donald Pleasence, Max von Sydow, and Charles Gray. Now for the fun part: Blofeld's looks include the scarred eye and face, which Waltz's version suffers in an event in Spectre and then shows off at the end of the movie. He also characteristically wears a distinctive jacket (which Waltz does) and, most iconically — he has a white Persian cat, one who also shows up in Spectre.

Take one look at the scar, the costume, and the cat, and you will easily recognize Blofeld as the inspiration for one of pop culture's most memorable and hilarious villains: Dr. Evil. Mike Myers's Austin Powers movies parodied Blofeld as Dr. Evil to the point where Dr. Evil truly became his own thing, but the blueprint is there.