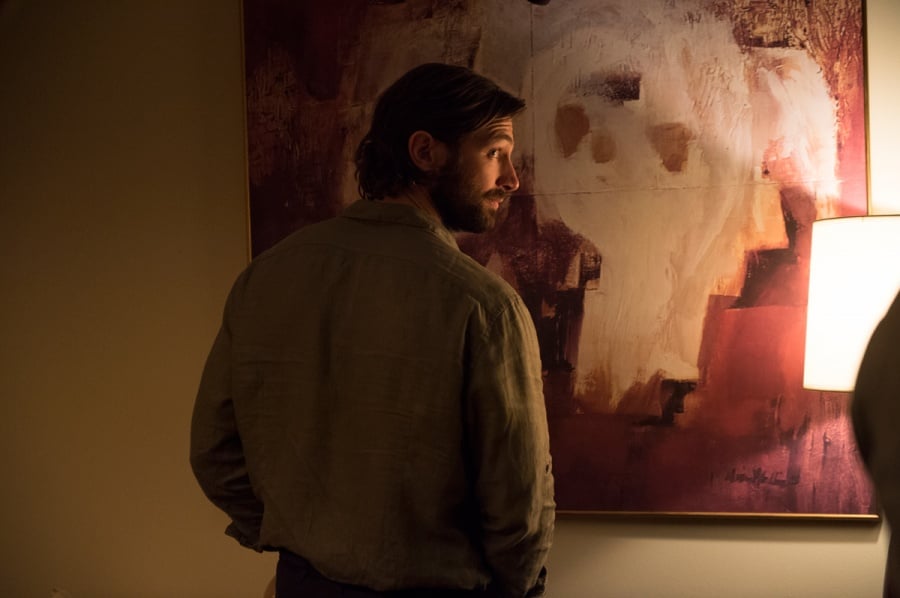 If you like suspenseful movies involving creepy characters and cults, there's a new film coming to Netflix on Friday that's right up your alley. It's called The Invitation, and it'll chill you to the bone. Logan Marshall-Green stars as Will, a man still grieving a major loss, who returns to the home he used to share with his now-ex-wife, Eden (Tammy Blanchard). Yeah, that already sounds awkward, doesn't it? He's actually going there for a dinner party she's hosting with her new beau, David (Game of Thrones' Michiel Huisman) — peak awkwardness.

Because this is a thriller, it's not just about uncomfortable human interaction. Things get downright weird when Eden and David reveal they've been enlightened by a group of free-spirited people who participate in a way of life called The Invitation. You'll have to see the movie (opening this Friday) to find out what happens next, but we do have some intel on what you should expect. We got the chance to speak with Huisman and director Karyn Kusama, so here's what you need to know about the movie — directly from them.

No kidding. Check it out on Netflix, and scope out our picks for 2016's most exciting horror movies.

Joe Jonas
A Year Into Fatherhood, Joe Jonas Has Uncovered the Most Important Secret: "Naps Are Nice"
by Kelsey Garcia 1 day ago