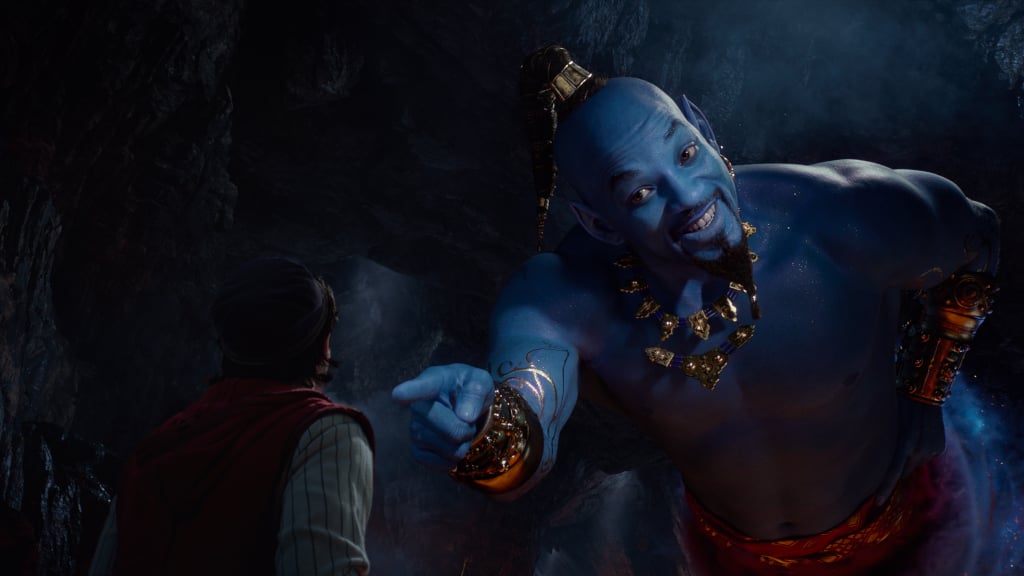 Will Smith is taking on the role of a lifetime as the Genie in Disney's live-action Aladdin, but he almost turned down the part. During an appearance on The Ellen DeGeneres Show on Tuesday with his costars Mena Massoud and Naomi Scott, the 50-year-old actor explained that he was hesitant about taking on the part because of how great the late Robin Williams was in the animated film. "Robin Williams like smashed that thing," he told the host.

Though he eventually changed his mind about playing the character, he was adamant to make the Genie his own. While Williams used his stand-up persona for the role, Smith took inspiration from one of his most famous roles to date: The Fresh Prince of Bel-Air. In fact, it actually inspired how he sang the music in the film. See the rest of the interview above!

Related:
See What the Live-Action Aladdin Actors Look Like Next to Their Cartoon Counterparts
Previous Next Start Slideshow
Will SmithThe Ellen DeGeneres ShowAladdinMovies
Around The Web