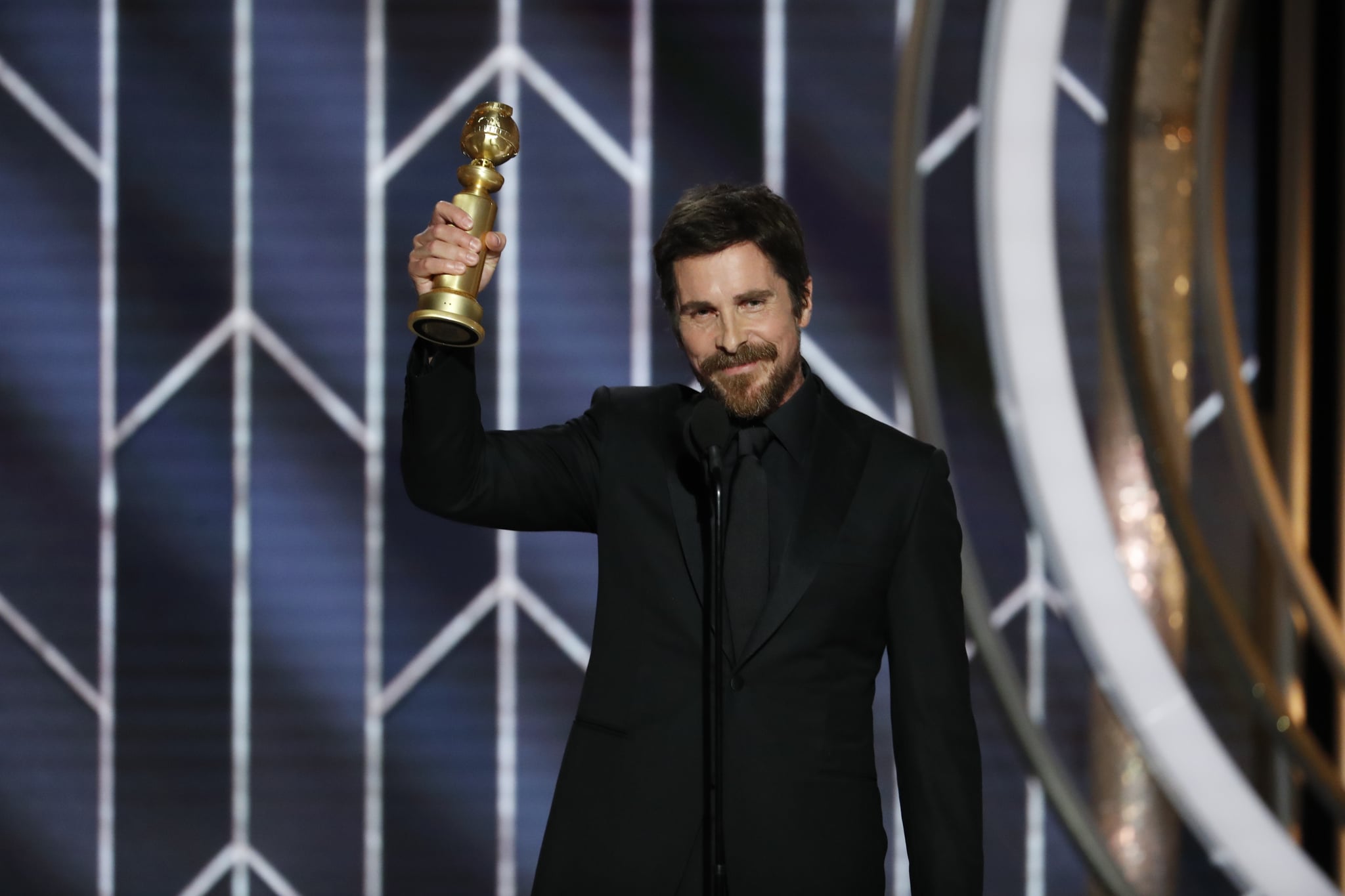 If you've seen Christian Bale's insane transformation for his role as former Vice President Dick Cheney in Vice, then you should understand why his Golden Globe for best performance by an actor in a musical or comedy film is totally deserved. However, even more crazy than his dramatic transformation was his speech after receiving the award. It began innocently enough, with the actor giving a shout-out to his "beautiful wife, who says less is more," and their children. "I can sink and ruin a perfectly good movie and a so-so career in one speech," he joked, and yet from there, things got a little weirder.

Bale thanked director Adam McKay, who supposedly noted to the actor that the role of Dick Cheney needed "someone who can be absolutely charisma-free and reviled by everybody." Bale went on to say that he would like to start "cornering the market on charisma-free assh*les," though his expletive got bleeped from the broadcast.

He asked the audience, "What do you think — Mitch McConnell next?" Kentucky's senior United States senator, Mitch McConnell, is best known for withholding Republican support for major presidential initiatives during the Obama administration and for his frequent use of the filibuster, so if it wasn't obvious before, it's safe to say where Bale stands politically.

Finally, as well as thanking the cast and crew — especially the Vice prosthetics experts — Bale added, "Thank you to Satan for giving me inspiration on how to play this role." Going into the ceremony, Vice led with six nominations, but we think that Bale's no-holds-barred speech might be even more memorable than the film itself.

Netflix
Hold on Tight, Spider Monkeys — All 5 Twilight Movies Are Coming to Netflix Next Month
by Victoria Messina 2 days ago

Movies
The Shazam Family Is Bigger and Better Than Ever in the Sequel: Here's Everything We Know
by Grayson Gilcrease 2 days ago

Music
Welcome to the Space Jam: Here's Your Chance to Check Out the Songs From the Sequel
by Grayson Gilcrease 2 days ago

Disney
In Magical Casting News, Rachel Zegler Will Be Playing Snow White in the Live-Action Film
by Kelsie Gibson 2 days ago