It doesn't matter that Steve Carell is a big, big jerk in the trailer for coming-of-age tale The Way, Way Back, because even he can't ruin the Summer for Duncan (Liam James) — though he certainly tries. It's a hot Summer, and Duncan is being dragged to a beach rental by his mom (Toni Collette) and her aforementioned jerky boyfriend, Trent (Carell). Even though Trent says discouraging, inappropriate things to awkward teen Duncan (like that he's "a three"), Duncan finds refuge at a local water park and in funny, smooth mentor Owen (Sam Rockwell). From there, he gets a little more confidence, especially around girls like Susanna (AnnaSophia Robb). 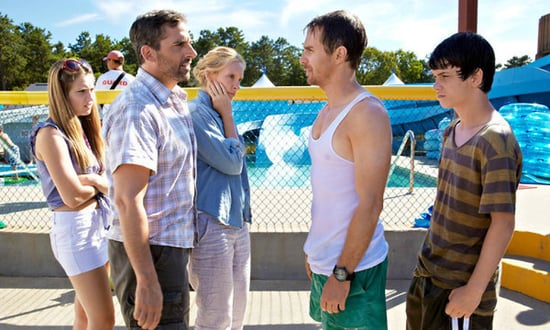 The trailer is equal parts funny and poignant, thanks to Oscar-winning screenwriters Nat Faxon and Jim Rash (who also have small roles), which makes it no wonder that the movie feels kind of like Adventureland mixed with The Descendants. Given the buzz it got at Sundance and the fact that it stars so many people I love (Maya Rudolph! Rob Corddry!), I'm unabashedly excited for the July 5 release date. Watch it yourself after the jump.