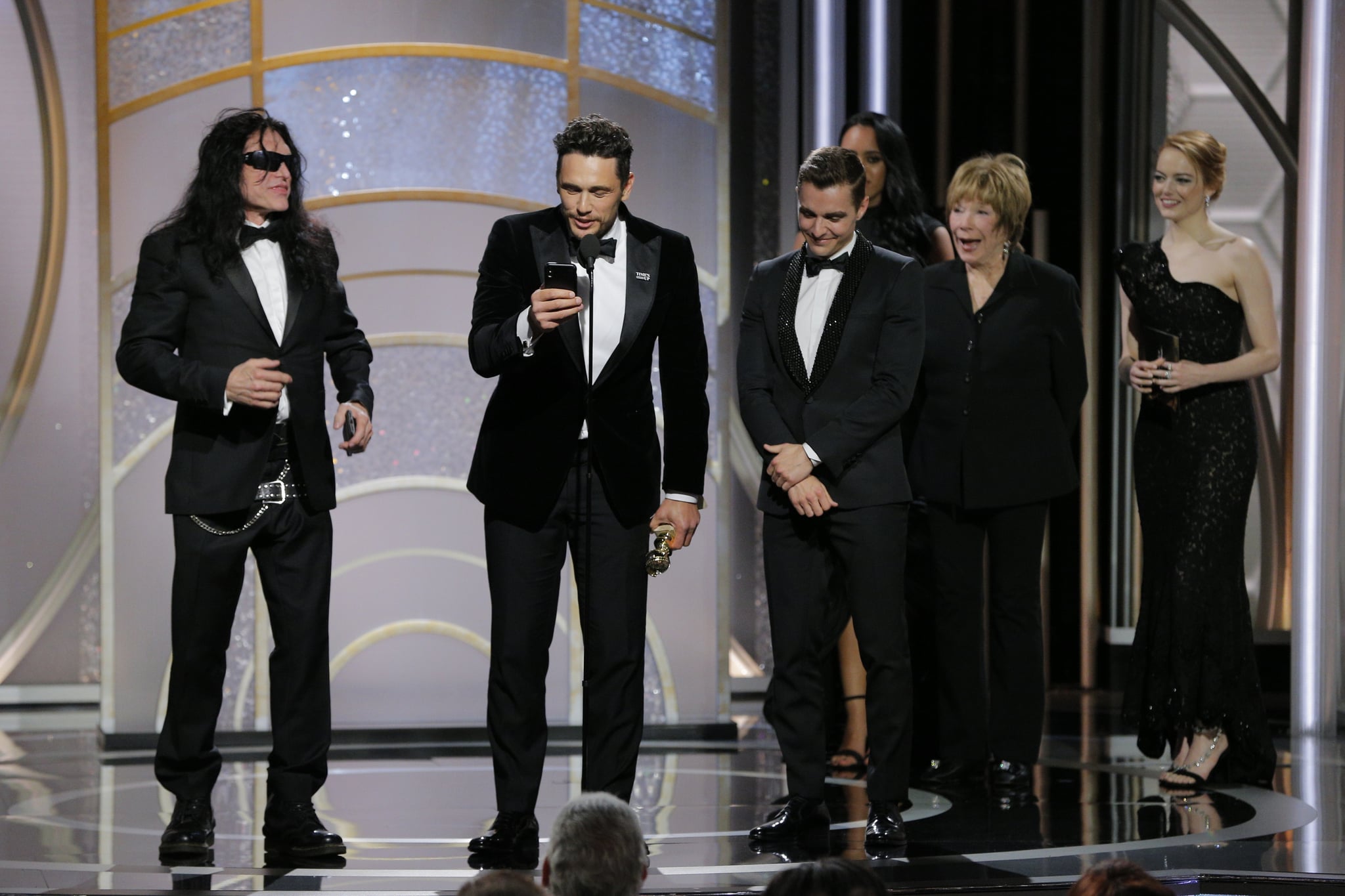 Cult director Tommy Wiseau is one of the most enigmatic men in Hollywood, and his film The Room is one of the most fiercely hated (and, somehow, loved) movies in recent memory. At the 2018 Golden Globes, Wiseau got to have his moment in the sun — all thanks to James Franco, who brought Wiseau's story to life in the The Disaster Artist and took home the award for best actor in a comedy or musical.

Franco, who swore to bring Wiseau with him to the ceremony after he was nominated last year, invited the movie's subject to stand on stage with him as he collected his statue. But the actor's generosity came to a swift end when Wiseau attempted to steal the mic, Kanye style, prompting Franco to push Wiseau out of the spotlight that the director has, for so long, insisted he deserves.

Tommy Wiseau trying to steal the microphone during James Franco’s acceptance speech is my favorite moment of 2018 so far. #GoldenGlobes pic.twitter.com/t5nmfYQKXi

While Wiseau perhaps was not successful at fully stealing the show, he still got his moment on stage and, for many, put a face to a long-heard (and fabled) name. And let's be honest: for all intents and purposes, the director finally got the recognition that he so much felt he deserved when he sank a rumored $6 million into his legendary pet project. Scroll down to see just how Wiseau spent the night when his dreams finally (sort of) came true. 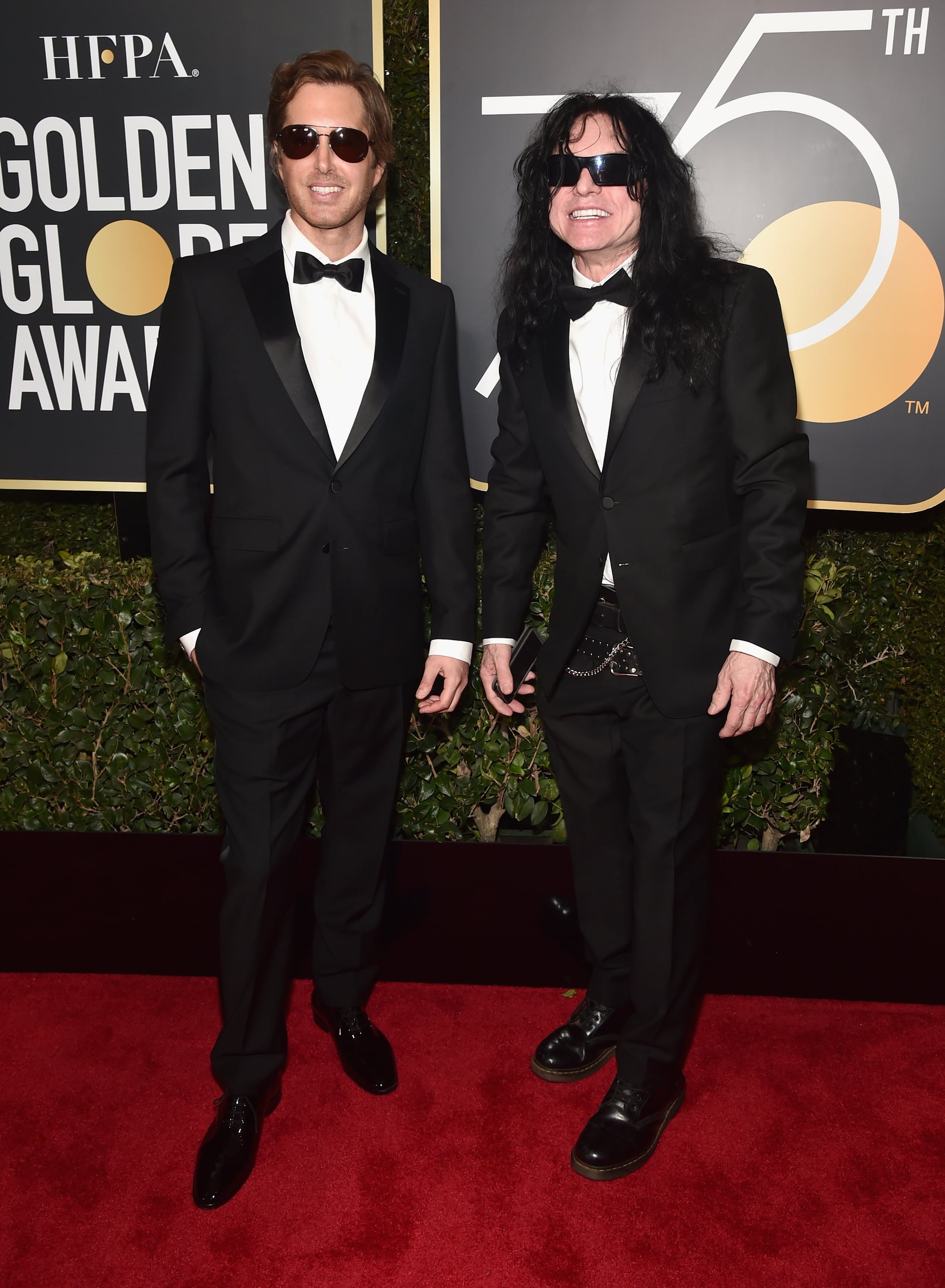 Hello from The #GoldenGlobes ! Be good ! Thanks for your support of #TheRoom ! @ The Beverly Hilton https://t.co/AuOiiDMq9C 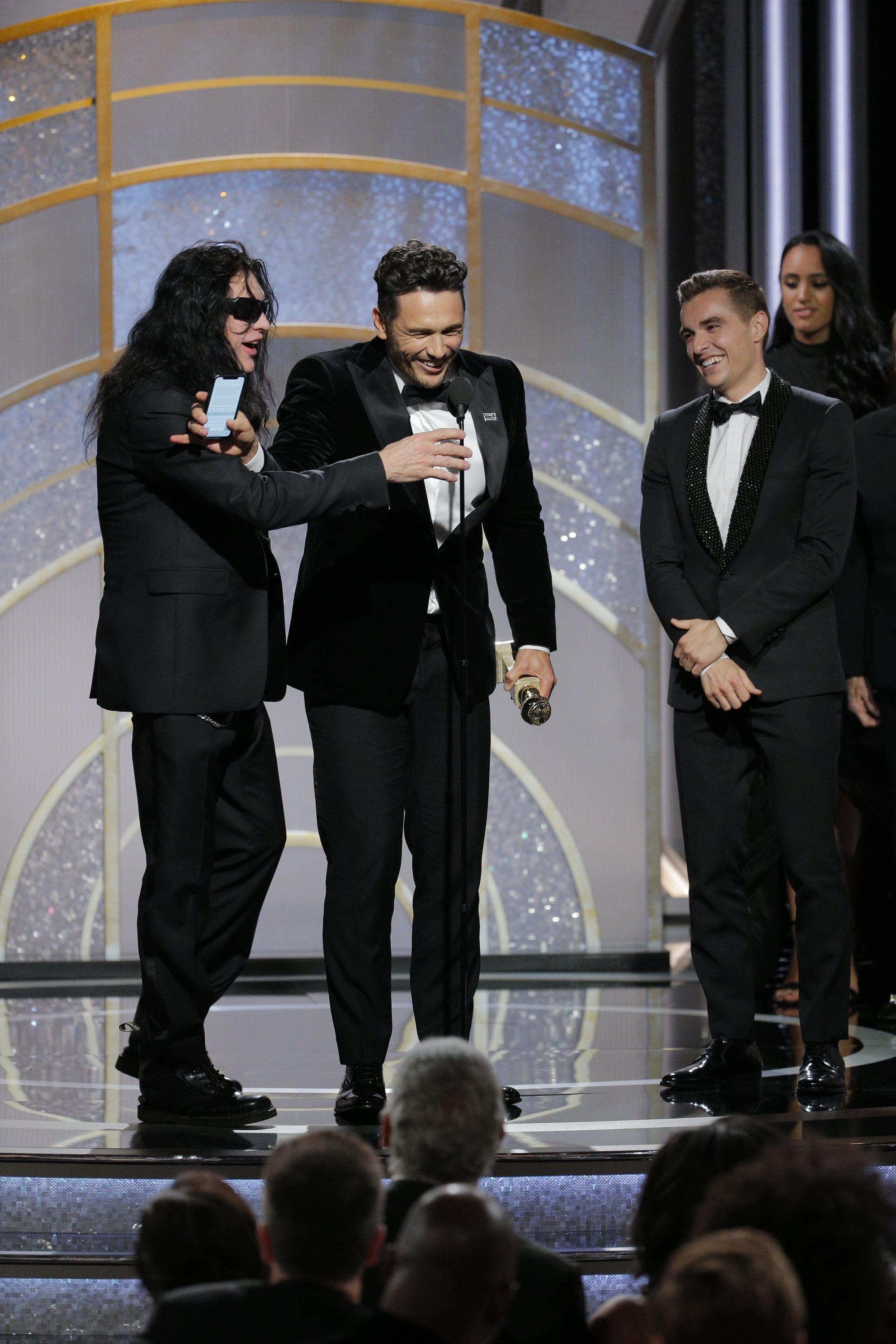 tommy wiseau is so dedicated to his aesthetic he's wearing his 5 million belts with a suit at a black tie event. we should all learn from this pic.twitter.com/7CI1pMzFhQ

Beauty News
Um, the Beauty Swag in This Year's Grammys Gift Bags Is Worth Almost $10,000
by Danielle Jackson 2 days ago

Award Season
Elsie Fisher Responded to the Oscar Snubs With Her Own Awards, and Several Points Were Made
by Kelsey Garcia 1 day ago 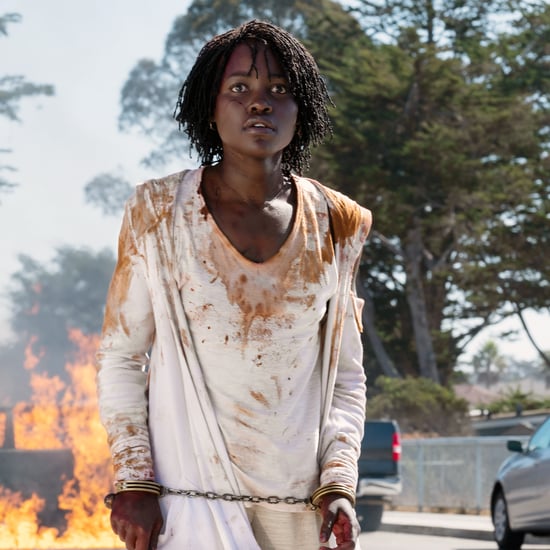 Oscars
I Knew the Oscars Would Be a Disappointment, but This Is Just a Mess
by Mekishana Pierre 9 hours ago