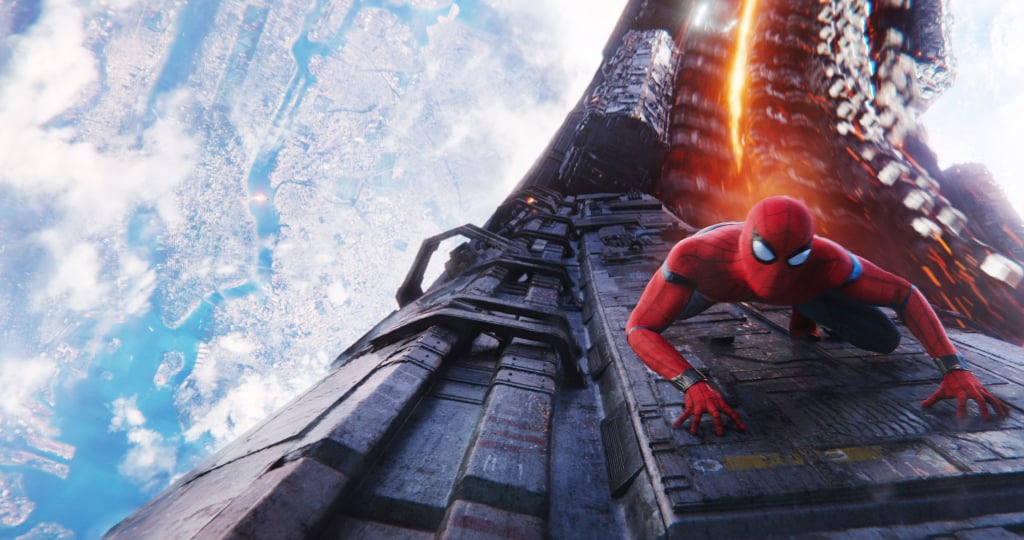 By now, you've probably heard that Spider-Man will no longer be a part of the MCU after Marvel Studios and Sony failed to reach an agreement over rights to the webslinger. Fans have remained heartbroken since the split, but the franchise's star Tom Holland has assured everyone that it's going to be OK. Speaking to Entertainment Weekly at Disney's D23 on Saturday, the 23-year-old actor opened up about his hopes for the future of Spider-Man.

"Basically, we've made five great movies," he said. "It's been five amazing years. I've had the time of my life. Who knows what the future holds? But all I know is that I'm going to continue playing Spider-Man and having the time of my life. It's going to be so fun, however we choose to do it. The future for Spider-Man will be different, but it will be equally as awesome and amazing, and we'll find new ways to make it even cooler." Holland also addressed the news after taking the main stage at the event, telling the crowd, "I love you 3000" (a heart-rending reference to Tony Stark in Avengers: Endgame).

MCU or no MCU, @TomHolland1996 is excited to keep playing Spider-Man. “We’ll find new ways to make it even cooler somehow.” #D23Expo pic.twitter.com/crNU3BNvAT

Marvel Studios President Kevin Feige also spoke to Entertainment Weekly about the decision to part ways with Sony. "We got to make five films within the MCU with Spider-Man: two standalone films and three with the Avengers," he said. "It was a dream that I never thought would happen. It was never meant to last forever. We knew there was a finite amount of time that we'd be able to do this, and we told the story we wanted to tell, and I'll always be thankful for that."

The MCU was graced with Spider-Man's introduction in 2016's Captain America: Civil War before Holland starred in his first standalone film in 2017's Spider-Man: Homecoming. Marvel fans then got to see Spidey swing into action again in 2018's Avengers: Infinity War (in which Holland's character had arguably the saddest death scene) as well as this year's Avengers: Endgame and Spider-Man: Far From Home. We might not know what to expect for the future, but as long as Tom Holland remains as Peter Parker, we have hope. Look ahead to view photos of your favorite friendly neighborhood hero during his stint in the MCU!

Related:
We're Far From the Endgame, Guys — Here Are All the Films Coming Up in Marvel's Phase 4
Previous Next Start Slideshow
Tom HollandEntertainment WeeklySpider-ManMoviesCelebrity QuotesMarvelCelebrity Interviews
Around The Web

Golden Globe Awards
Chloé Zhao Makes Golden Globes History: "This Is Why I Fell in Love With Making Movies"
by Yerin Kim 1 day ago

Dan Levy
Dan Levy Urges the Golden Globes to Do Better: "Inclusion Can Bring About Growth and Love"
by Monica Sisavat 1 day ago