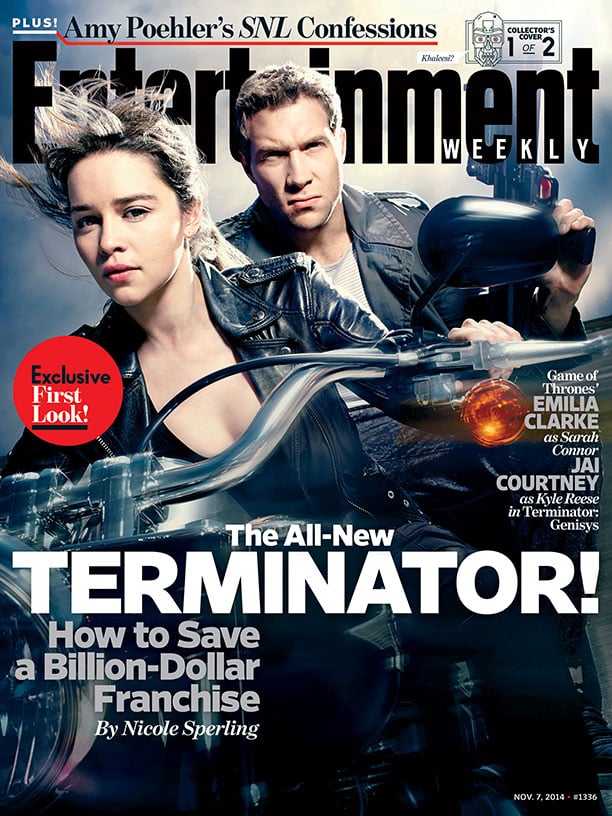 New Images and a Big Plot Twist From Terminator: Genisys Have Been Revealed

This week's issue of Entertainment Weekly reveals a lot more than just pictures of the upcoming Terminator: Genysis — though those are pretty cool too. The magazine revealed something that no one really saw coming about the new iteration, something that changes a lot about the the future of the Terminator universe. Take a look:

"Sarah Connor isn't the innocent she was when Linda Hamilton first sported feathered hair and acid-washed jeans in the role. Nor is she Hamilton's steely zero body-fat warrior in 1991's T2. Rather, the mother of humanity's messiah was orphaned by a Terminator at age 9. Since then, she's been raised by (brace yourself) Schwarzenegger's Terminator—an older T-800 she calls "Pops"—who is programmed to guard rather than to kill. As a result, Sarah is a highly trained antisocial recluse who's great with a sniper rifle but not so skilled at the nuances of human emotion."

Well, this should be interesting. We were already looking forward to seeing Game of Thrones' Emilia Clarke as Sarah, but this makes it even more exciting. Check out the covers below for a look at Jason Clarke, Matt Smith, and Jai Courtney.