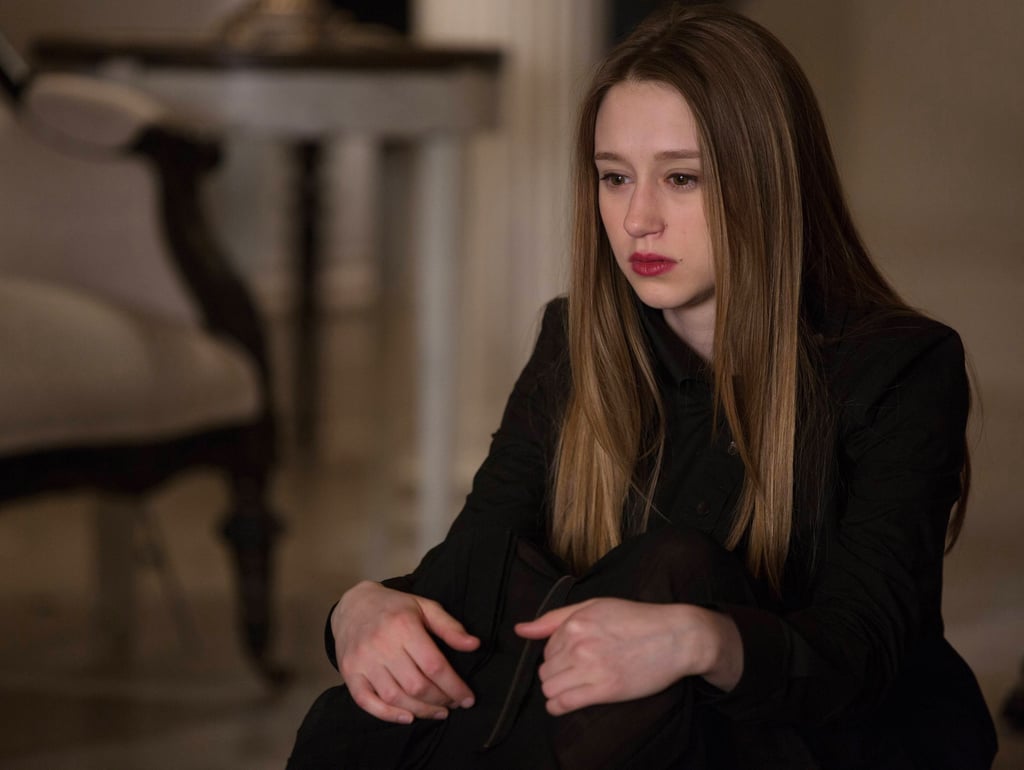 Taissa Farmiga is proving that even horror veterans get spooked. The 24-year-old American Horror Story alum, who just starred in The Nun, recently shared a supernatural encounter she had while filming the show's third season, Coven.

First, Farmiga set the scene: she was in New Orleans filming the season's second episode, in which her character and other members of the coven bring back to life Kyle Spencer (Evan Peters) through various spells and chanting. In the hair and makeup trailer beforehand, however, Emma Roberts got a little paranoid. Farmiga told Dread Central that Roberts reportedly asked her, "Do you think that we're going to like draw something out?" Farmiga added, "So she's the one who opened me up to it. I blame her." Farmiga said:

"We finish shooting, I get home, it's a little after 2, and also, to point out, Vera, my sister, just recently told me she was doing research for The Conjuring. She told me that witching hours are around 3 a.m. So I was excited to go to bed before that. So I'm lying in bed to go to sleep. I'm passing out, [but] it's like when you lay in bed and you can't fall asleep. So I'm like, just so close to being in dreamland and all of a sudden I'm wide awake. My eyes aren't open but I feel wide awake and I hear some walking. You know, on the wood floors, you hear it creak. I'm like, 'Okay, that's bullsh*t.'"

I'm sleeping on the left side of the bed. All of a sudden, I feel someone grab the covers . . . Someone's grabbing and starts pulling. Oh man, you guys. I jump up. I freak out, turn the light on. There's nothing there, I don't see anything. But I can't sleep. I can't sleep for the rest of the night."

Despite that terrifying encounter, Farmiga will be back for more in the show's upcoming eighth season, Apocalypse. In the crazy crossover season, Farmiga will be reprising both her Murder House character, Violet Harmon, and Coven's Zoe Benson.

Halloween
An Original Muppets Halloween Special Is Coming to Disney+ This Fall!
by Alessia Santoro 1 day ago