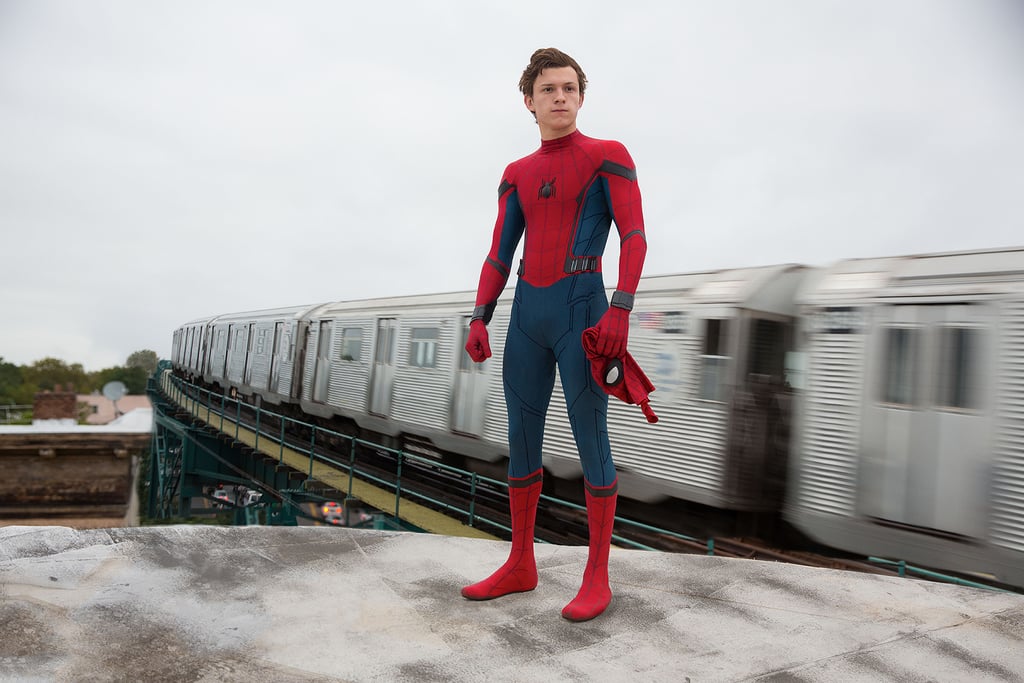 Surprise! Sony and Marvel Strike a Deal For One More Spider-Man Movie, Out November 2021

Update: Brilliant news, Spidey fans! On Sept. 27, Sony and Disney/Marvel announced that they struck a deal that allows Marvel to produce the planned third Spider-Man film (which was also given the release date of July 16, 2021) and have Tom Holland's Peter Parker appear in a future Marvel Studios film.

"I am thrilled that Spidey's journey in the MCU will continue, and I and all of us at Marvel Studios are very excited that we get to keep working on it," Marvel Studios President Kevin Feige said. "Spider-Man is a powerful icon and hero whose story crosses all ages and audiences around the globe. He also happens to be the only hero with the superpower to cross cinematic universes, so as Sony continues to develop their own Spidey-verse you never know what surprises the future might hold."

Terms of the new deal were not revealed, but it allows Marvel and Feige to produce and run creative point for one more stand-alone film for the web-slinging superhero and feature him in another potential team-up film like Avengers: Endgame. This means that the startling events from Far From Home will thankfully reach a conclusion, rather than be left as a giant question mark for Marvel fans all over the globe. Amy Pascal will also produce the third Spidey film through Pascal Pictures, just as she has on the first two Holland-led films.

"This is terrific. Peter Parker's story took a dramatic turn in Far From Home and I could not be happier we will all be working together as we see where his journey goes," said Pascal. "This has been a winning partnership for the studios, the franchise and the fans and I'm overjoyed it will continue."

Original post: Hold onto your Spidey masks, Marvel fans: we have some worrying news ahead. In August, Disney's Marvel Studios and Sony Pictures reached an impasse figuring out a new financing deal for upcoming Spider-Man movies, which cut the future of the webslinger's involvement in the MCU abruptly short. Variety reported that if the two studios didn't come to an agreement, Marvel Studios President Kevin Feige would no longer produce future Spider-Man films, effectively erasing Tom Holland's Peter Parker from the MCU.

On Sept. 5, Variety reported that Sony Pictures chairman and CEO Tony Vinciquerra confirmed the two companies failed to reach an agreement, effectively removing Holland's Spider-Man from the MCU for both future standalone and team-up features. Though Vinciquerra stated that there's no bad blood between the studios, he firmly declared that "for the moment the door is closed" in regard to Spidey making another appearance in the MCU — though he left the door open for the future, saying that "it's a long life."

"The Marvel people are terrific people, we have great respect for them, but on the other hand we have some pretty terrific people of our own. Kevin didn't do all the work," Vinciquerra added. "Spider-Man was fine before the event movies, did better with the event movies, and now that we have our own universe, he will play off the other characters as well. I think we're pretty capable of doing what we have to do here."

As first reported by Deadline, the studios had been working out a deal over several months that hit a stalemate when Disney asked for a 50/50 cofinancing arrangement for future Spider-Man films. Sony nixed that idea outright, proposing that the two studios adhere to the deal they've been keeping since 2015. Disney rejected that idea as well, which brings us to our current dilemma.

On Aug. 21, Sony released an official statement on its Twitter page, discussing the widely circulated news and calling the reports "mischaracterized." The company stated that it is disappointed by Disney's decision to remove Feige as a lead producer on future Spider-Man films, claiming it's because of "the many new responsibilities that Disney has given him," following Disney's acquisition of Fox.

We hope this might change in the future, but understand that the many new responsibilities that Disney has given him – including all their newly added Marvel properties – do not allow time for him to work on IP they do not own. (2/3)

To be fair to Sony, we get it; it doesn't want to give up half of its biggest franchise to Marvel. Fans have bluntly expressed their disappointment in the news, as this would be the third Spider-Man rendition that we've gotten from Sony, and the superhero's addition to Marvel has been so widely received. Sony is believed to be developing two more Spider-Man movies with Holland reprising his role, which will both be completely under Sony's production. That means any mention of all things Marvel will be eradicated — and considering how expertly Feige interwove Spider-Man into the Avengers franchise, it's pretty hard to imagine what that will be.

On the other hand, with Sony gaining complete creative control over Spider-Man again, the studio will likely incorporate the webslinger into its own universe, which currently houses Venom and Miles Morales, and is developing upcoming standalone films for Mobius and Black Cat (aka burglar Felicia Hardy). It would be cool to see Spider-Man team up or butt heads with some of his classic comrades. Keep scrolling for fan reactions to the news, and seriously, stay optimistic!

Related:
Tom Holland Speaks Out About Spider-Man's MCU Departure: "I've Had the Time of My Life"
Previous Next Start Slideshow
Tom HollandDisneySonySpider-ManMoviesEntertainment NewsMarvelTwitter Reactions
Around The Web