We're covering the Sundance Film Festival from Park City, and even if you can't be there too, you can still get a peek at some of the films that'll be premiering at the festival. Case in point: The Son of No One trailer has just dropped, starring Channing Tatum, Katie Holmes, Al Pacino, and Tracy Morgan. Tatum heads up the stellar cast (Juliette Binoche and Ray Liotta also star) as a young cop assigned to work in the New York City neighborhood he grew up in. Though he works hard and tries to live a decent life with his family (Holmes plays his wife), a huge secret in his past is still chasing him. 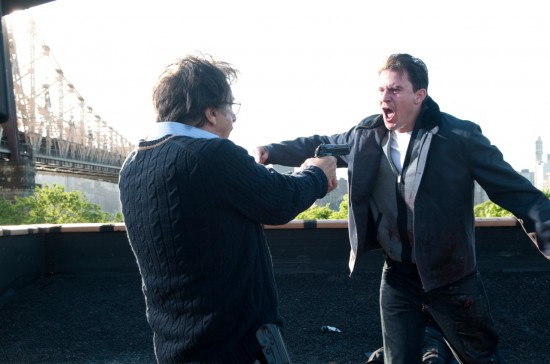 Tatum has gone dark and dramatic before (the director of this film, Dito Monteil, also cast Tatum in A Guide to Recognizing Your Saints), but the real surprise is seeing Morgan, as a childhood friend of Tatum's, get serious. There's a foreboding feel to the thriller, and I'm curious to find out what you think, so watch when you read more.