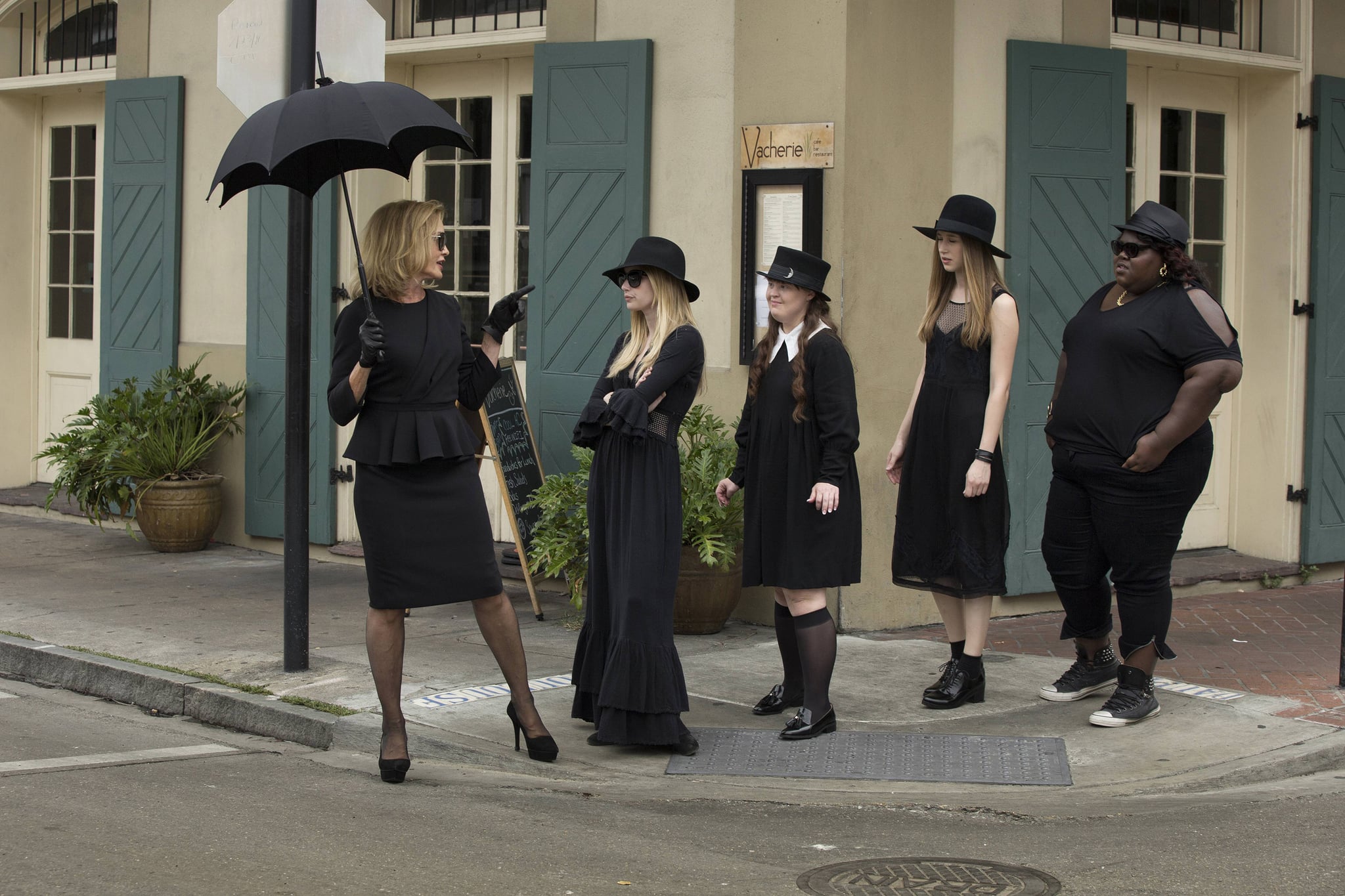 American Horror Story has been giving us nightmares for six seasons now, but we usually get some peace when we remind ourselves that none of it is actually real . . . or is it? We recently sat down with Sarah Paulson at the NYC press day for her new movie Carol, and she revealed a spooky story from the Coven set that will definitely make the hairs on the back of your neck stand up. While she admits that nothing out of the ordinary has happened on the Hotel set, Gabourey Sidibe experienced something terrifying while filming a scene on Coven where they had to perform a chant.

"When we were invoking that chant, calling forth whatever the hell we were calling forth, Gaby felt really spooked out by it and her lip got swollen," Sarah said. "She had really weird things happen. She was not wanting to do it. We had to do the same chant again in a later episode and she was like, 'I'm not doing it.' And I was the only one who believed her. A lot of people were like, 'Oh, Gaby!' but I was sitting there and her lip, literally for no reason — she hadn't eaten anything weird, she hadn't done anything weird — just totally swelled up. She seemed very scared." See what Sarah also had to say about an important detail about her Hotel character, then check out how all the seasons are connected.

Hulu
Love, Victor Season 2 Is Full of Twists, Turns, and Triangles, but Who Should Victor Choose?
by Grayson Gilcrease 16 hours ago