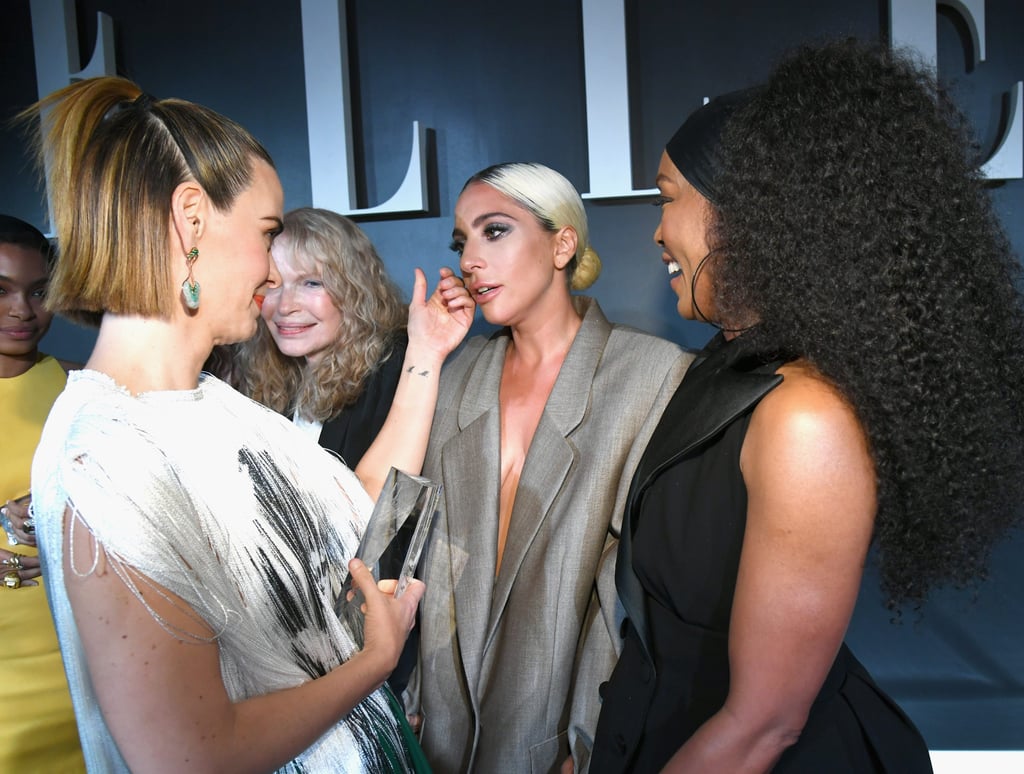 American Horror Story's Sarah Paulson and Lady Gaga Reunited, and the Photos Are So Damn Pure

Lady Gaga was a little too busy to appear in the latest season of American Horror Story, Apocalypse, but that doesn't mean she's lost touch with her former costars.

While attending Elle's 25th Annual Women In Hollywood Celebration in Beverly Hills on Monday, the A Star Is Born star shared some seriously cute moments with Sarah Paulson, who's currently starring on the series in multiple roles, and Angela Bassett, who leads Ryan Murphy's other show, 9-1-1. The trio caught up in front of photographers on the red carpet at the Four Seasons Hotel, where they were also joined by Yara Shahidi, Keira Knightley, Shonda Rhimes, Charlize Theron, and Mia Farrow.

For those of you who aren't diehard AHS fans, Gaga first popped up in season five of Murphy's horror series, Hotel, in her Golden Globe award winning role of The Countess. She also appears in the sixth season, Roanoke, as the blood-soaked Scáthach. Once buzz for A Star Is Born dies down — just kidding, as if that will ever happen — maybe another Gaga cameo on the series will be in order. In the meantime, though, feel free to look through Gaga, Paulson, and Bassett's cute photo ops ahead.