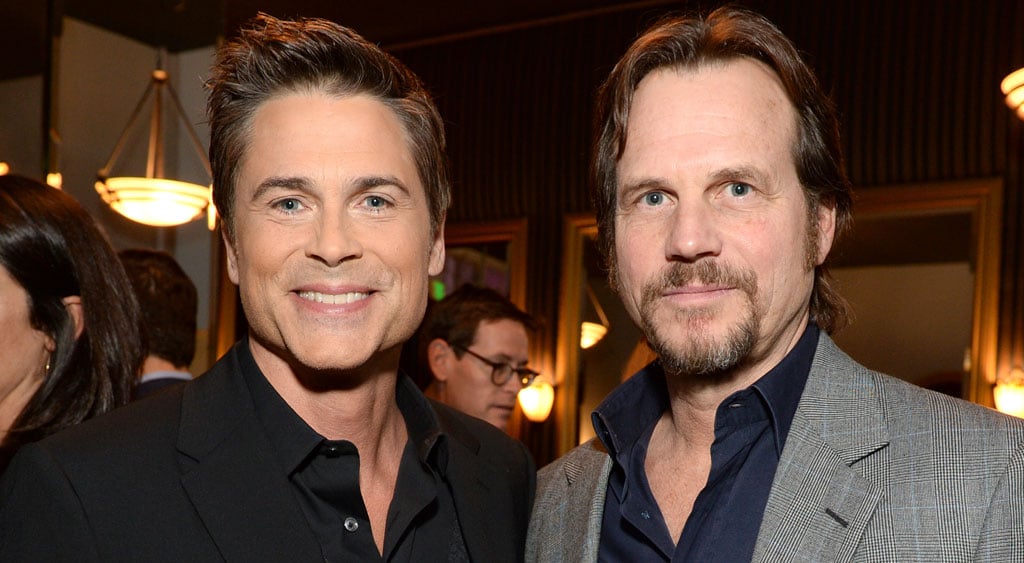 Bill Paxton tragically passed away at age 61 on Feb. 25 after suffering complications from surgery, and Hollywood was quick to start paying tribute to the iconic actor. While Bill was known for his roles in movies like Apollo 13, Twister, and Titanic, he was also a notoriously nice guy in Hollywood. His longtime friend and fellow actor Rob Lowe touched on his incredible spirit when he opened up about his death in an essay for The Hollywood Reporter on Tuesday. The two met in 1991 and went on to costar in the 1994 comedy Frank and Jesse. "What made Bill really special to me was that we both lived outside of L.A.," Rob wrote. "I've lived in Santa Barbara for 25 years. He lived in Ojai for 30 years. He's one of the reasons I moved out of L.A. because I saw a really similar marriage, a really solid man who is building a life not completely centered around the business in spite of the fact that he grew up in the business."

Rob also revealed that Bill was incredibly thoughtful and always made sure his friends felt his support. "Bill is very old-school chivalrous, understood grace notes, the importance of a handwritten letter, the grand gesture," he continued. "He was very much a man out of his time in a way. Bill was the most loyal, old-school friend. The type that showed for every single occasion, no matter how small — Bill would be there. If it was, you know, my kid's Bar Mitzvah, Bill's there. If it was my mother's funeral, Bill's there. If it was my book launch party, Bill's there. Bill was not only one of my closest friends, but he was without a question my closest friend in the industry. To have someone with a common experience, that's really hard in this business, because we get to a place if we're lucky that very few people get to go, so the numbers are small to begin with and then to find somebody in that small group of people who have experienced this life, to find somebody who you're so simpatico with is a rarity. There will be no replacement for me. There will not be."

Freeform
Confirmed: The Cruel Summer Cast Are Just as Cool in Real Life as You'd Expect
by Monica Sisavat 2 days ago