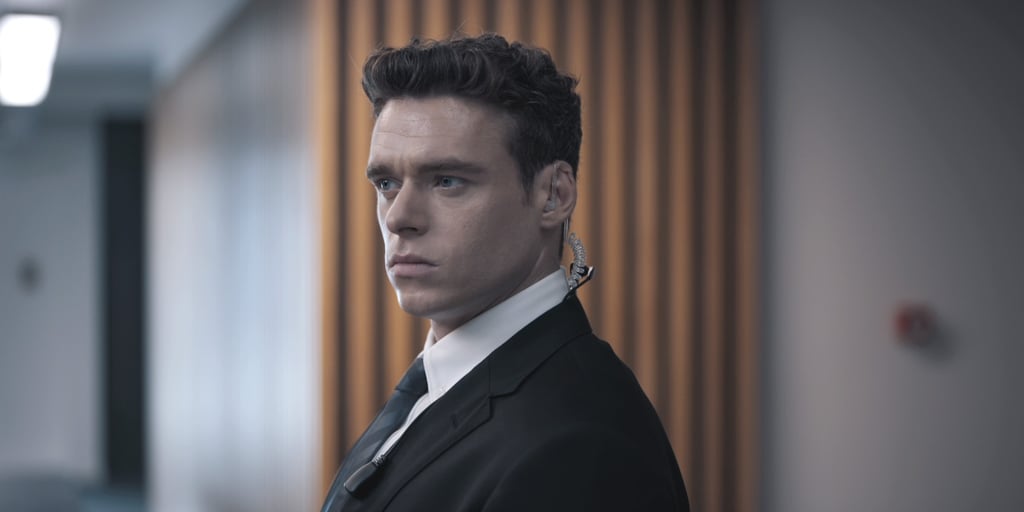 Congratulations are in order for the very fine, very talented Richard Madden, who just nabbed a Golden Globe for best performance by an actor in a television series in the drama category for his work on Bodyguard! Prior to appearing on the BBC thriller series, many pop culture fans may know the young actor from his previous work on Game of Thrones and in Disney's live-action version of Cinderella.

Alongside a talented cast on Bodyguard, he plays Sergeant David Budd, a war veteran who must guard a steely senior official whose politics goes against his own. Scroll on to see him in action — quite literally because of his role — in one of the best English TV shows out there.