Handsome Inception star Cillian Murphy may be taking on a less sinister role in Red Lights, but the trailer for the film looks like an equally otherworldly experience. The film premiered at this year's Sundance Film Festival, and we didn't just take notice because it was also picked up by a distributor — it's also the second effort from Rodrigo Cortés, the director of the chilling Ryan Reynolds flick Buried. In Red Lights, physicist Tom Buckley (Murphy) is assisting Dr. Margaret Matheson (Sigourney Weaver), a psychologist who investigates the supernatural and the people who claim they can channel it. After the world-renowned (and not to mention seriously creepy) psychic Simon Silver (Robert De Niro) steps back into the limelight after several years, Tom wants to investigate him. 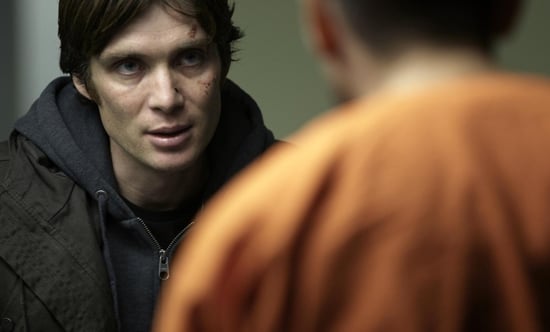 As Tom attempts to uncover the truth about Silver's gift, he goes down a crazy, creepy sinkhole of the paranormal and his own paranoia. From De Niro's frightening mystical powers to Tom's unraveling, this movie looks crazily intense. Add the acting prowess of Weaver and Elizabeth Olsen, and it feels like a recipe for thriller success. To try to make sense of Red Lights and watch the trailer, just keep reading.

Spider-Man
6 Villains We Know Are Returning to Spider-Man: No Way Home, and Why
by Amanda Prahl 5 days ago

Holiday Entertainment
Every Question You Have About the Ghostbusters: Afterlife Ending, Explained
by Emma Vallelunga 6 days ago