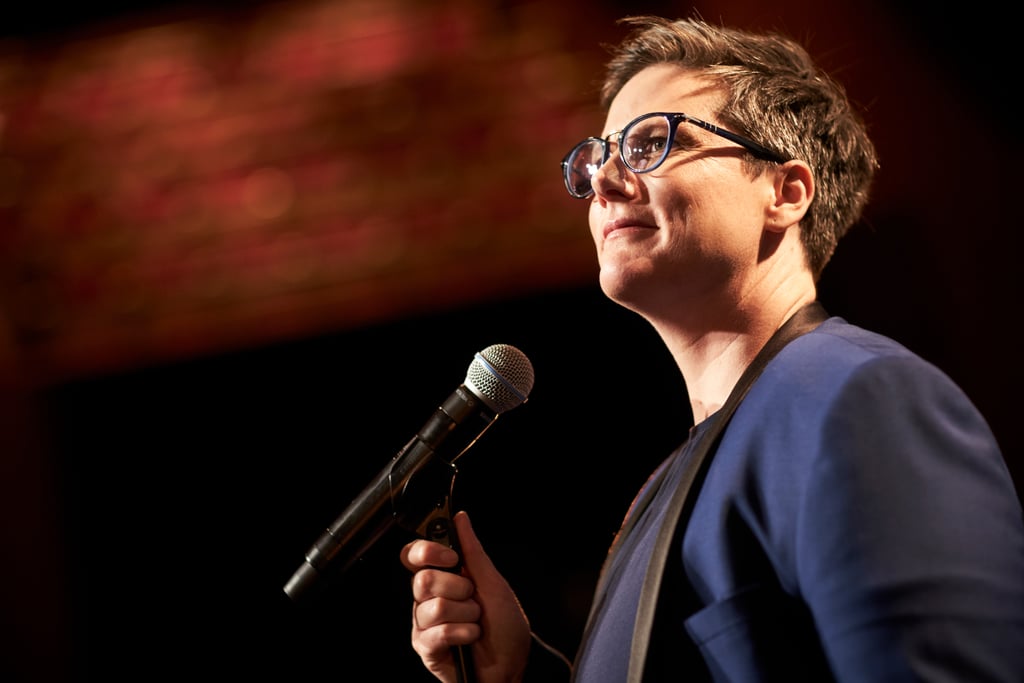 Hannah Gadsby's Nanette Is a Study in Vulnerability, and Everyone Agrees It's a Must-See

Standup comedy can be a minefield during times of uncertainty and upheaval, but Hannah's Gadsby's Nanette is a masterpiece. The Netflix special is an hour of stark vulnerability, and dismantles the typical standup format as we know it.

Gadsby pulls absolutely no punches as she speaks to how comedy doesn't actually make the world better — though fans could argue that her special has changed them for the better — and changes mood with no warning; her tone goes from cheeky to somber in a hot second. But the hour of hard truths and Gadsby's retelling of trauma she's endured has inspired her viewers, and a reminder that the people who make us laugh are often the ones hiding an immense amount of pain.

It's no surprise that people have fallen in love with the extraordinary special, and the praise is enough motivation to convince anyone to check it out. Keep reading to see some of the most heartening reactions from Twitter and then watch Nanette, currently streaming on Netflix.

Netflix
Murder by the Coast: Who Killed Rocío Wanninkhof? Here's How the Case Unfolded
by Stacey Nguyen 16 hours ago