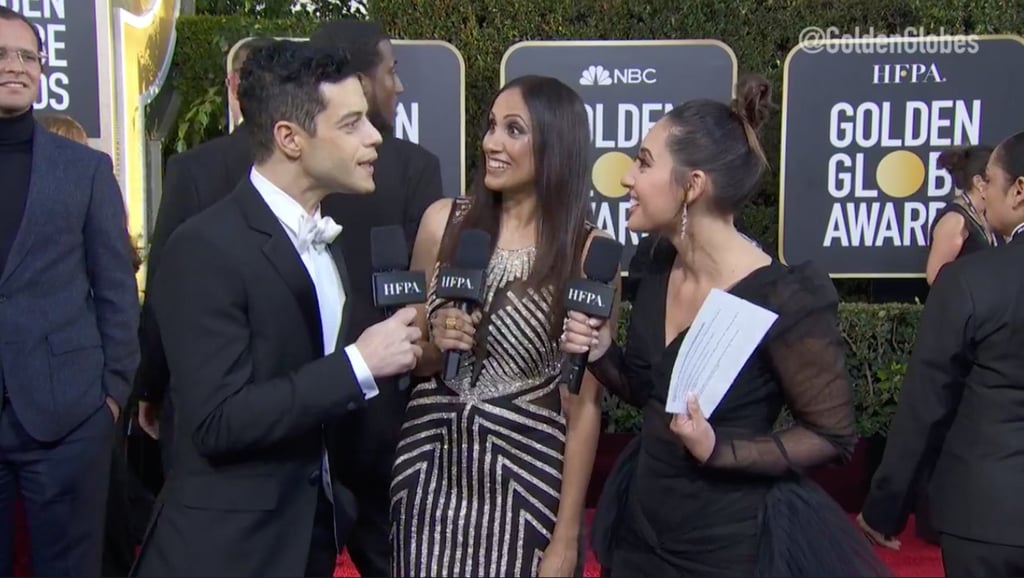 Rami Malek arguably had the best night at the Golden Globes. He was crowned best actor in a drama motion picture for his performance in Bohemian Rhapsody, he celebrated with girlfriend Lucy Boynton, he had the honor of meeting Lady Gaga, and he even reunited with a former costar — he just didn't remember her. Awkward. During the Golden Globes preshow, Malek came face to face with his former Over There costar Francia Raisa.

"Fourteen years ago, you were on a show called Over There. I was Sawa, your little sister," the actress reminded Malek, to which he replied, "You're kidding me!" Still, Raisa didn't seem bothered by the fact that Malek didn't remember her; after all, she was 16 at the time and it was her first acting job. "It was so amazing to work with you," Raisa told him.

Malek starred in two episodes of FX's Over There as a man named Hassan back in 2005, while Raisa appeared in one. Maybe that's why Malek had trouble remembering? Either way, Malek did say he had a "good time working on that show." Fast-forward to the 1:10:11 mark to watch the entire moment.