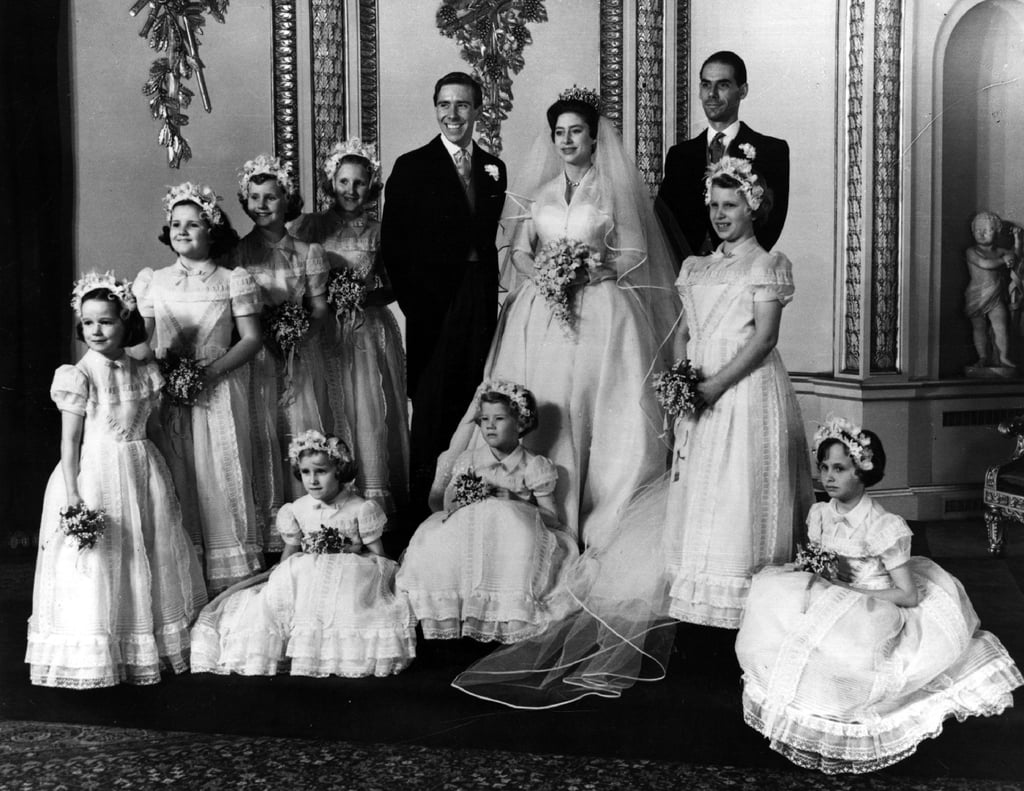 One of the most bittersweet moments in all of The Crown's stunning second season — of which there are many — is Princess Margaret's highly anticipated wedding to Antony Armstrong-Jones. The union of the couple, played perfectly by Vanessa Kirby and Matthew Goode, is quietly, politely frowned upon by Queen Elizabeth II (Claire Foy), her husband, Prince Philip (Matt Smith), and other various people in the family. Still, it's exciting to see the relatable royal find love, even if it didn't exactly last IRL.

Like season two's take on Queen Elizabeth's trip to Ghana and the royal family's dinner with President John F. Kennedy and First Lady Jackie Kennedy, the show attempted to re-create Princess Margaret's wedding as accurately as possible. Although we never get a scene of her and Tony (Matthew Goode) waving to the crowd from the balcony of Buckingham Palace, there are still plenty of gorgeous shots of both Margaret and Elizabeth's gowns, as well as the carriage the princess rode in to the ceremony at Westminster Abbey with Prince Philip.

Take a look at how The Crown's re-creation of the beautiful moment in history stacks up to the real thing ahead.

Hulu
Love, Victor Season 2 Is Full of Twists, Turns, and Triangles, but Who Should Victor Choose?
by Grayson Gilcrease 16 hours ago