Paul Feig might be best known for two things around Hollywood: his love of collaborating with remarkably funny women and the signature dapper suit he wears on set every single day. The director and writer behind Bridesmaids and The Heat's latest movie is this Summer's Ghostbusters reboot, which has alternately been lauded by women and girls thirsty for more, better big-screen representation and been the target of a vocal group of sexist internet trolls. We sat down with Feig the week before the movie's premiere to talk about assembling the movie's dynamo cast, why he's on a mission to change Hollywood's portrayal of women, and his healthy skepticism about the paranormal. 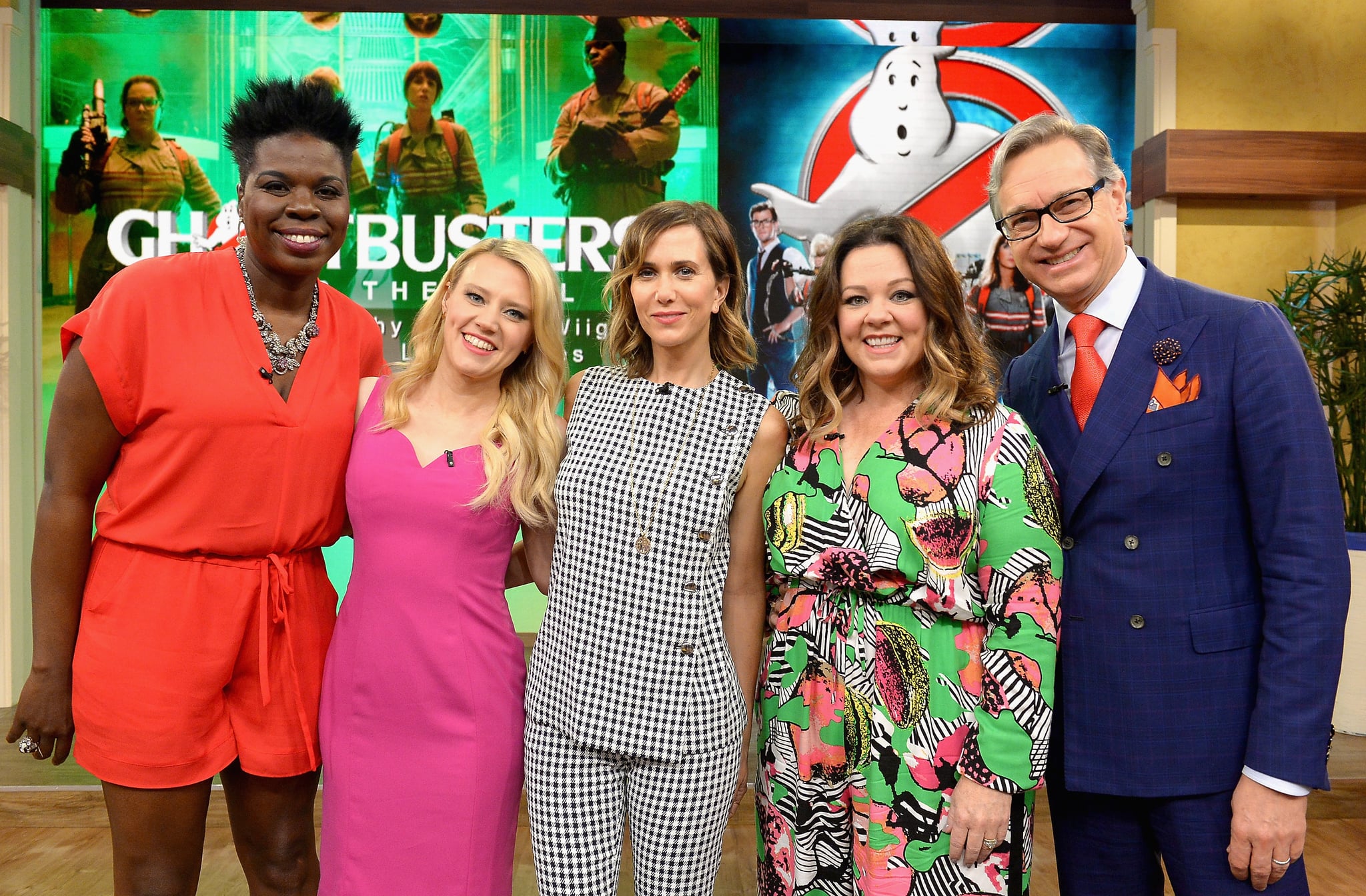 POPSUGAR: Since you signed on for this movie, do people come up to you wanting to tell you about their ghostly experiences?
Paul Feig: [Laughs] It happens occasionally, yeah. I'm really a skeptic. I'm kind of not a believer in the paranormal. But Katie Dippold, who I wrote the script with, she's very into ghosts and all that. So I go, "Hey, why don't you talk to Katie?"

PS: So she brought some of that ghostly expertise to the script?
PF: Oh yeah, totally. I'm more of a science head, so I was like, how do we figure out how to make the science around it seem legitimate? How would a guy use — if there were ghosts — technology to bring them back?

PS: I always feel like we're between a rock and a hard place talking about the "all-woman cast" thing. On one hand, you don't want to give any credence to the ridiculous vitriol around the movie. But at the same time, it is still harder to get money for movies for and by women in Hollywood. How do you strike a balance when it comes to talking about this issue?
PF: Y'know, I get tired of it, because I hate that we're always called "the all-female Ghostbusters," because you wouldn't refer to the original as "the all-male Ghostbusters." Or any ensemble — they didn't call it "the all-male Expendables," for example. But it's Hollywood's fault that people say that, because there have been so few movies that have allowed women to have these leading roles, so that's Hollywood's fault. I try not to blame the public, because the public — men, especially — have seen not great portrayals of women in supporting roles, because they're not given the lead roles a lot of the time. Especially in comedy, they're relegated to the adversary, which is like "the mean girlfriend." Every little boy's image of Mom, who won't let me have fun, or the girlfriend, who won't let me go out with my buddies. So that just self-perpetuates. So then, when guys see a movie starring women, they go, "That must be filled with these characters I see in these movies who are such a drag." And that's just bad for everybody. One of the many things I want to do is dig us out of that hole so that guys, in particular, can go: "Oh, yeah. Those people are really funny. I've seen that person. It's a woman. They are funny."

PS: Tell me about bringing this cast together. I heard it was Kate McKinnon's Justin Bieber impression that really sold you on her.
PF: Well, I just love Kate. [Bieber], to me, is one of the funniest impressions because it's so all encompassing. It's like a total body and soul impression. But that's Kate. Every character she does is that way. And that's what I look for. I look for performers who can inhabit a character so fully and believe it so fully, become that person, and not look down on that person. Even if that person's despicable or they're weird. Even despicable people think they're great! So it's finding the people who have that level of commitment, then going, "Who has different comedic voices? Who won't overlap each other, but will complement each other and become this perfect team?" It's hard to figure out who that is, but once you do, you just know it.

PS: What was that moment for you? When you finally had them all together in a room, was there an instant when you thought, "Oh, my god, this is really going to work"?
PF: Yeah, it was when we were doing the camera test, before we started shooting. The day before we started shooting. We have everyone in their costumes and we put them on camera and make sure the colors are right and all that. And then, at the end, I was like, let's get them all in their uniforms so we can see what they look like, even without their proton packs. So they all came out in their jumpsuits, and immediately started clowning around, making each other laugh. They were doing a chorus line at one point, these ridiculous dances, and they were having so much fun together. I remember turning to my assistant director, like: "We're in, they're gold. The chemistry is through the roof."

Joe Jonas
A Year Into Fatherhood, Joe Jonas Has Uncovered the Most Important Secret: "Naps Are Nice"
by Kelsey Garcia 2 days ago
Harry Styles
Emma Corrin Is Really Out There Living the Dream of Kissing Harry Styles in My Policeman
by Grayson Gilcrease 2 days ago