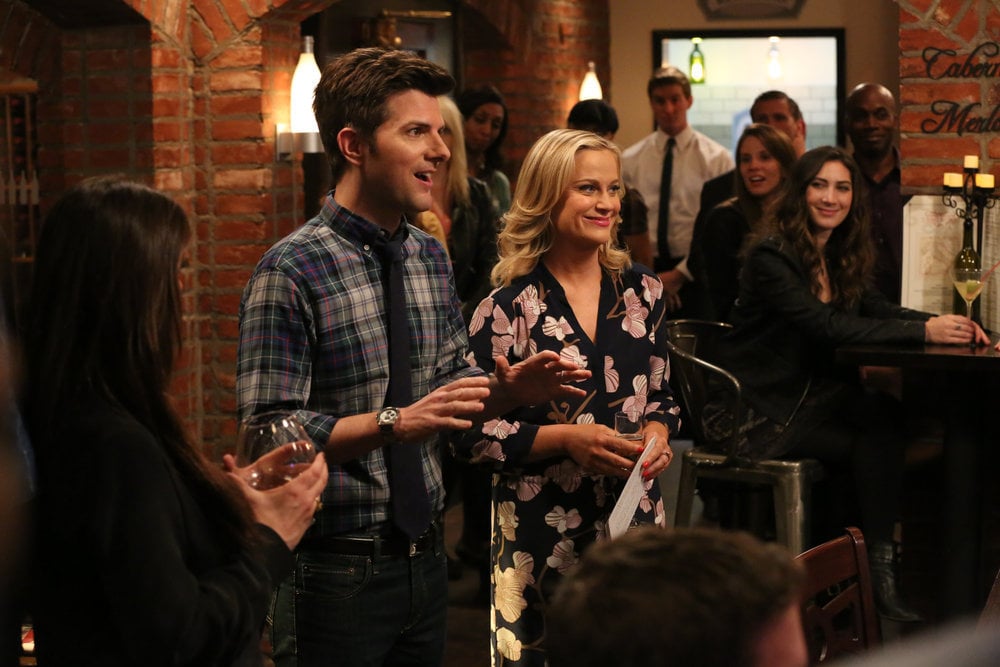 See All the Pictures of Tonight's Parks and Recreation Finale!

Did you ever think you would see Ginuwine, The Decemberists, and Letters to Cleo perform at the same event? Probably not, but somehow they all end up at the Unity Concert in Parks and Recreation's big finale episode. Last week's huge reveal — spoiler alert — that Leslie is pregnant with TRIPLETS was enough to send us into a happy tailspin, but these finale pictures are just as exciting. Take a look to see all the official pictures from "Moving Up," the show's sixth season finale, airing tonight!

Hannibal
Why I, a Horror Fanatic, Just Couldn't Get Behind Hannibal
by Grayson Gilcrease 21 hours ago

Netflix
Fun Fact: Selena Quintanilla's Iconic "Dreaming of You" Was Originally Written For Someone Else
by Monica Sisavat 22 hours ago

Netflix
The Sons of Sam: 4 Pieces of Evidence That Suggest David Berkowitz Didn't Act Alone
by Stacey Nguyen 22 hours ago