Season three was a big one for Orange Is the New Black's illicit lovers, Daya and Bennett — but not in a good way. While season four of the show hits Netflix on Friday and you're probably all caught up, this is your official spoiler warning! Everything appears to be on the up and up for the couple in the beginning: Pornstache is out of the picture, Bennett proposes to Daya, and she says yes! Then, things take a turn for the worse. Bennett goes to visit Aleida's boyfriend, Cesar, to see the rest of Daya's family, and he's horrified by the way Cesar is treating them all. Cesar gifts him the crib he's been using for his various children, but Bennett drops it on the side of the road — and that's the last we see of him. The presumption is that Bennett is so overwhelmed by the reality of parenthood that he bails on Daya and their impending baby altogether. However, this may not be the case. 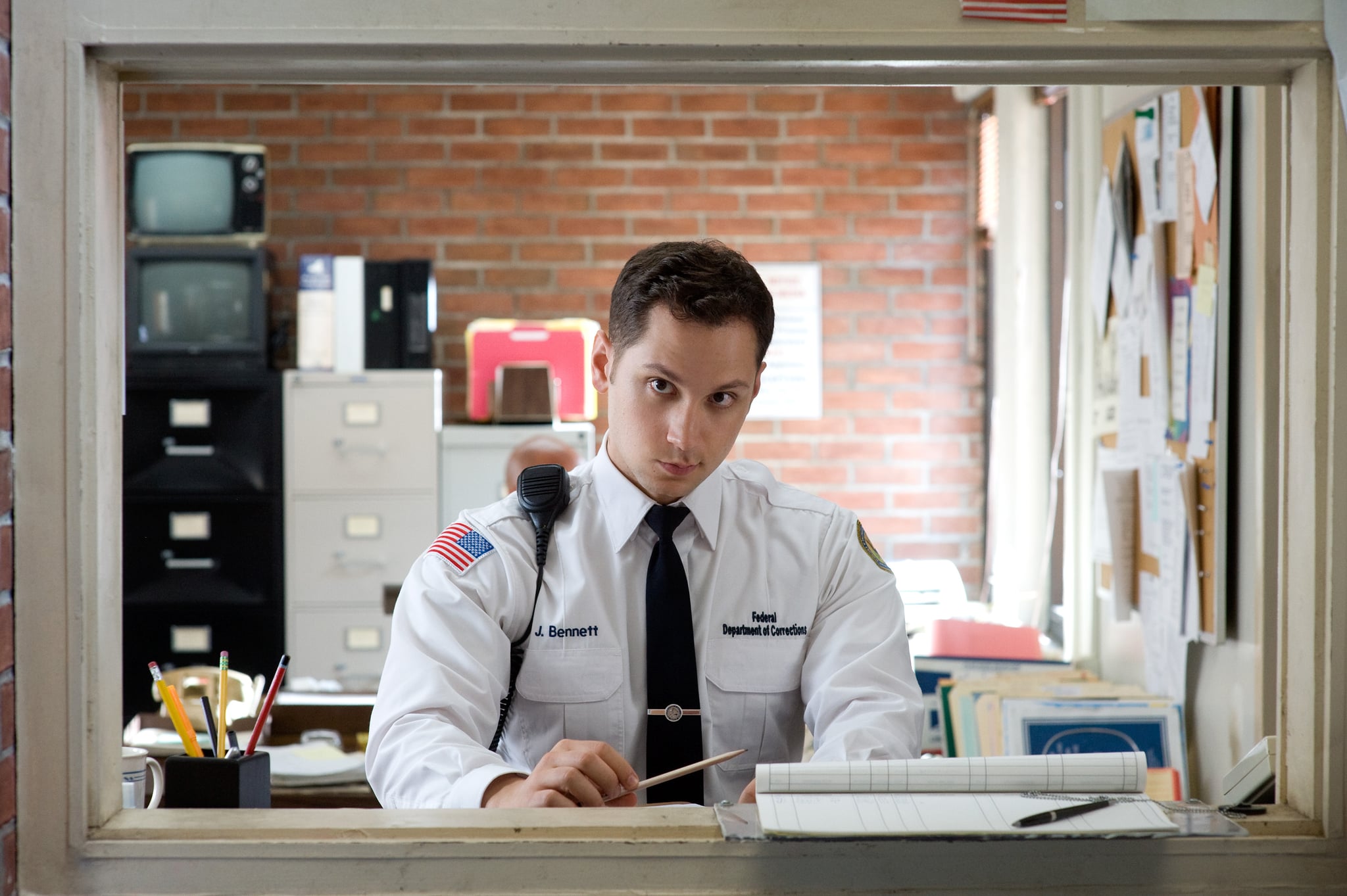 A theory on Reddit offers another explanation for why Bennett disappears: he set up the bust on Cesar to get the kids out of that situation. If you watch both episodes in which Bennett visits and when the cops show up, Cesar's new girlfriend shouts out to him, saying "White boy/guy here to see you." Coincidence, or clever wink that Bennett is behind the bust?

Of course, there are flaws in this theory: Why would Bennett stop showing up for his job (and for Daya)? How can he be sure that his own baby with Daya will be OK? Then again, Bennett isn't the most competent decision-maker, and there's a strong possibility that this is just the best option he could come up with. It's worth noting that Matt McGorry had committed to filming the first season of How to Get Away With Murder, which could have cut down on his availability to film Orange Is the New Black. Do you think this theory will come into play on season four?

Jesse Williams
We May Be Saying Goodbye to Jackson Avery, but Here's Where to Watch Jesse Williams Next
by Monica Sisavat 18 hours ago

Summer
In a TV Rut? These 34 New Shows Are Premiering All Throughout Summer 2021
by Amanda Prahl 1 day ago