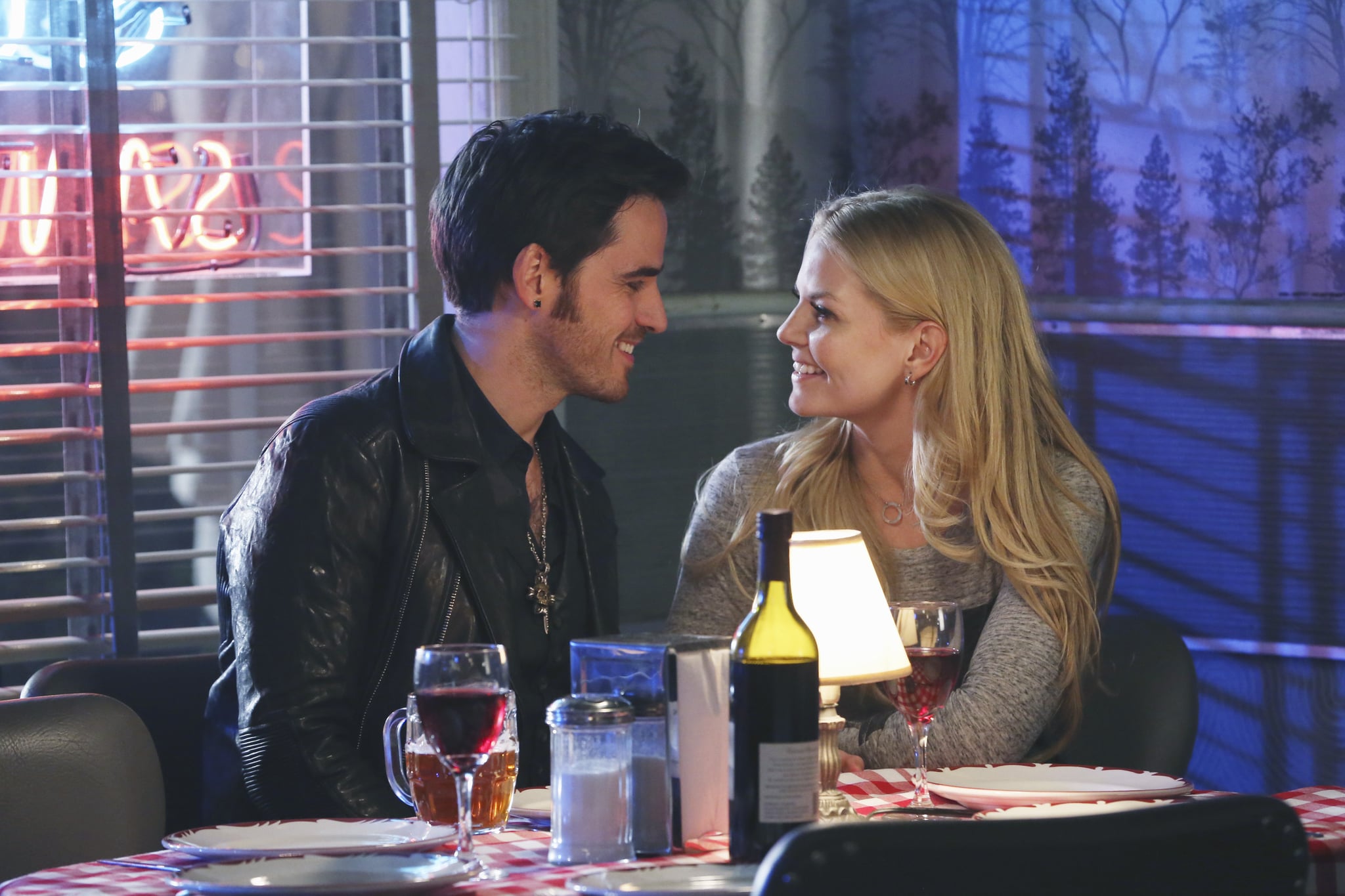 It's the moment we've all been waiting for, Once Upon a Time fans: Captain Hook and Emma Swan are finally getting married. After so many ups and downs over the past few seasons, the two have finally found their way back to each other and are set to tie the knot. And that's not even the best part! It will also be the show's big musical episode, appropriately titled "The Song in Your Heart." What better way to bring together two of our favorite Storybrooke characters than through song? Here's what you need to know about the anticipated episode.

Related:
Once Upon a Time: The Season 6 Finale Could Be the End of the Series

There Will Be Eight Tracks

We've already gotten a sneak peek of Hook's musical number, but all the songs will be released on iTunes ahead of the episode on Friday, March 5. The official tracklist is as follows:

It Will Include Flashbacks

Looks like we'll be heading back to the Enchanted Forest for this episode. Before Emma is born, Snow White wishes upon a star, resulting in the entire kingdom singing their feelings.

Emma and Hook Will Have a Wedding Duet

The couple will share a special song together during their wedding ceremony, complete with a grand dance number.

It Will Make You Cry

Not only is the episode supposed to be all about Captain Hook and Emma's big day, but it will also show just how far the town's Savior has come. "For us," the show's creator Eddy Kitsis told TVLine, "the most important thing [about the wedding] is that it was intimate and that you really understood that this was a real milestone in Emma's growth." Yep, there will definitely be waterworks.

Emma's Solo Will Be Extra Sentimental

The series really paid close attention to detail for this musical episode. The song, "Emma's Theme," is actually adapted from the character's musical score throughout the past six seasons.

There Could Be a Few Bumps Along the Road

Even though true love usually overcomes all obstacles, the Black Fairy is still in town to cause trouble. "Weddings on the TV series Once Upon a Time traditionally are fraught with unexpected circumstances," the show's creator Adam Horowitz teased. "And this is no different."

Captain Hook and Emma's ceremony will take place when the musical episode airs on May 7.