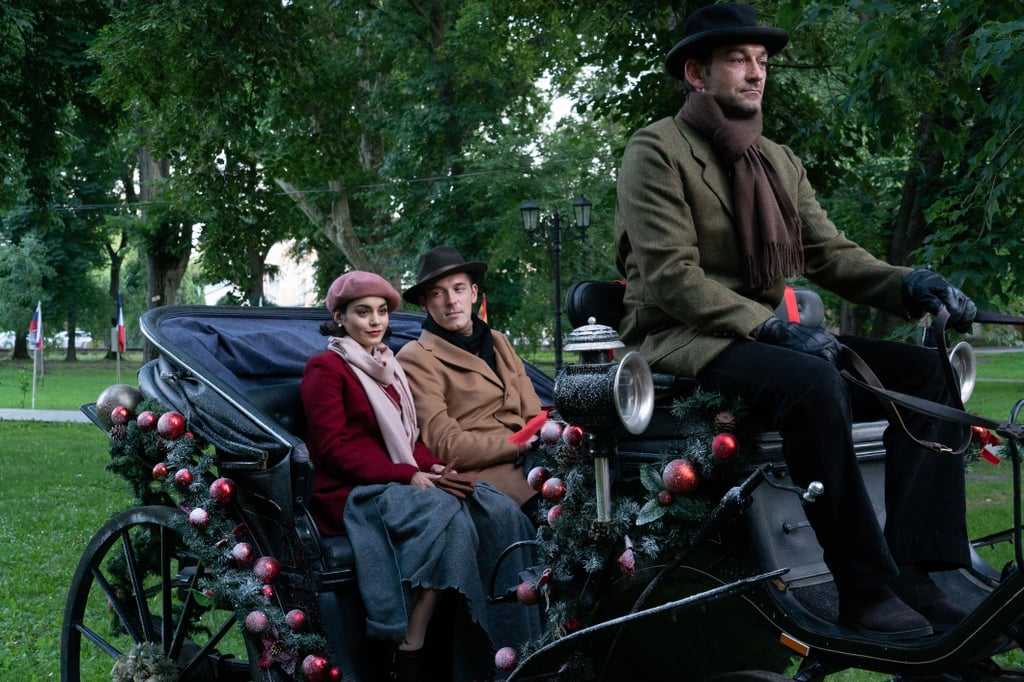 The Princess Switch: I Watched Netflix's So-Bad-It's-Good Christmas Movie So You Don't Have To

For those of you who've ever had a few too many glasses of spiked hot cocoa and found yourselves wondering what The Parent Trap would've been like if it was written by a Christmas-obsessed robot and also made zero sense, then you're in luck: Netflix's The Princess Switch is now streaming, and it's a real treat.

The latest in the streaming giant's collection of so-bad-they're-good holiday romances — A Christmas Prince, A Christmas Inheritance, the list (miraculously) goes on — stars Vanessa Hudgens as Chicago baker Stacy, who ends up meeting soon-to-be princess Lady Margaret who looks exactly like her (also played by Hudgens, of course). Naturally, the two decide to trade places (because duh), which results in a whole ton of cringe-worthy, nonsensical mischief.

To sum things up: nothing makes sense, the snow is very clearly fake, the forced British accents are brutal, and the plot includes a particularly dumb name for a fake country. However — HOWEVER — that's all part of the fun of watching these movies, right? Armed with a bottle of red wine, I decided that, despite my eyes rolling out of my head and onto the floor immediately after reading the premise, I needed to see what antics Stacy would get up to.

Related:
30+ Romantic Christmas Movies on Netflix That Will Have You Looking For Mistletoe
Previous Next Start Slideshow
Vanessa HudgensMovie ReviewsNetflixMoviesThe Princess Switch

Netflix
Jealous of the Outer Banks Cast? Wait Until You See How Much Fun They Had Behind the Scenes
by Grayson Gilcrease 2 days ago