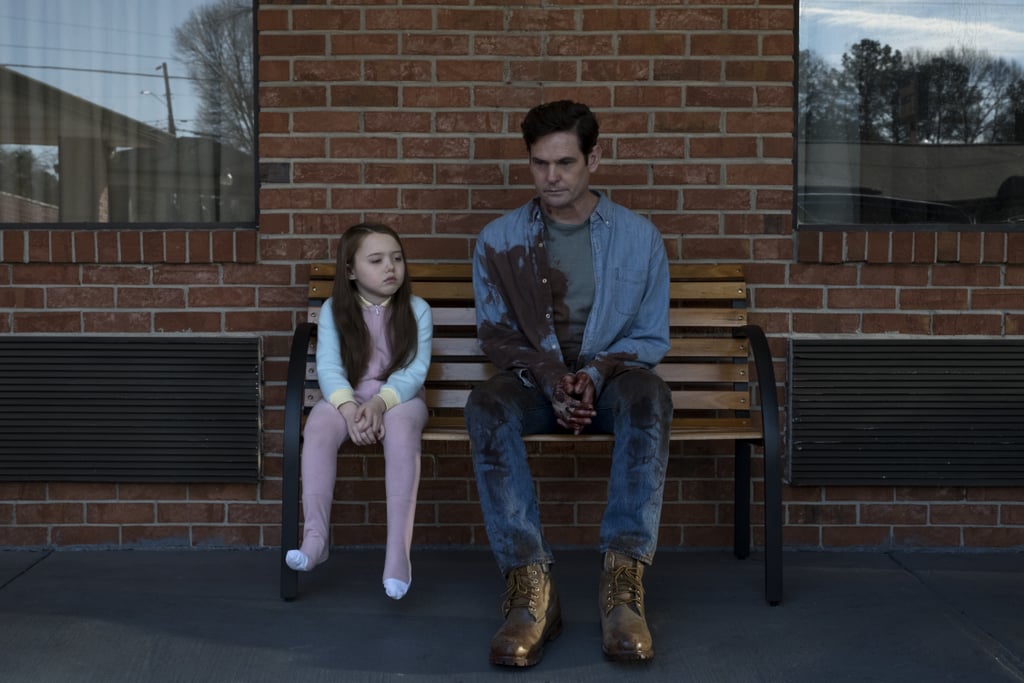 If you're currently on the hunt for an Airbnb for your next vacation, might we suggest Hill House? The grand, looming estate has everything you could want in a property: atmospheric mist, soaring ceilings, and . . . alright, a few vengeful ghosts. At least that's the impression we get from the first batch of photos from the property, which is central to Netflix's upcoming adaptation of Shirley Jackson's iconic novel, The Haunting of Hill House.

The show premieres on Oct. 12 on the streaming network, and will put a modern twist on the beloved Gothic tale that first began chilling readers in 1953. This time around, it will play out over the course of 10 episodes, following a group of siblings who grew up in "what would go on to become the most famous haunted house in the country." Hill House checks back in with them decades later, when they're forced to face a family tragedy as adults and confront the spirits still lurking in the shadows of their childhood home.

Mike Flanagan (Hush, Oculus, Gerald's Game) is on board as director and executive producer, while the cast is led by Michiel Huisman, Carla Gugino, Timothy Hutton, Elizabeth Reaser, Kate Siegel, McKenna Grace, and more. Check out some exceptionally creepy shots of the show ahead before it hits Netflix in a few months.

Related:
Calling All Horror Fans: Here Are the 12 Movies You Should See This Summer
Previous Next Start Slideshow
Michiel HuismanThe Haunting Of Hill HouseTV

Gossip Girl
ICYMI, the Original Gossip Girl Show Went Off Script When It Came to Revealing the Mystery
by Sydni Ellis 15 hours ago