ABC is adding soapy new drama Mistresses to its roster, which is an Americanized version of the BBC America show. It stars Alyssa Milano and Yunjin Kim as part of a quartet of female friends who each have scandalous love lives. (As the title implies, they're either cheating on someone or being cheated on.) Milano, Kim, their costars, and showrunners came to the TCA to talk about the new series and how it's more about friendship than illicit affairs. 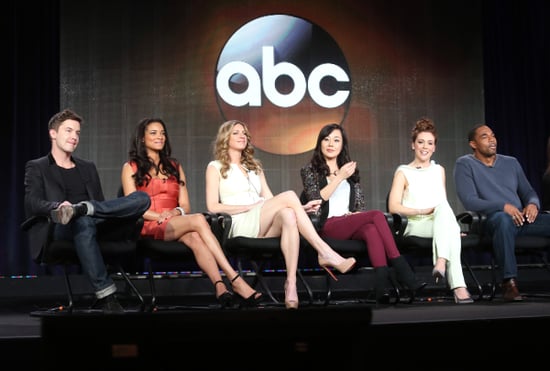 Selena Gomez
Why Do Shows Still Think It's OK to Make a Joke About Selena Gomez's Kidney Transplant?
by Kelsie Gibson 1 day ago

Beauty News
Who Are the Artists on Netflix's Tattoo Redo? You're Probably Already Familiar With a Few
by Danielle Jackson 2 days ago