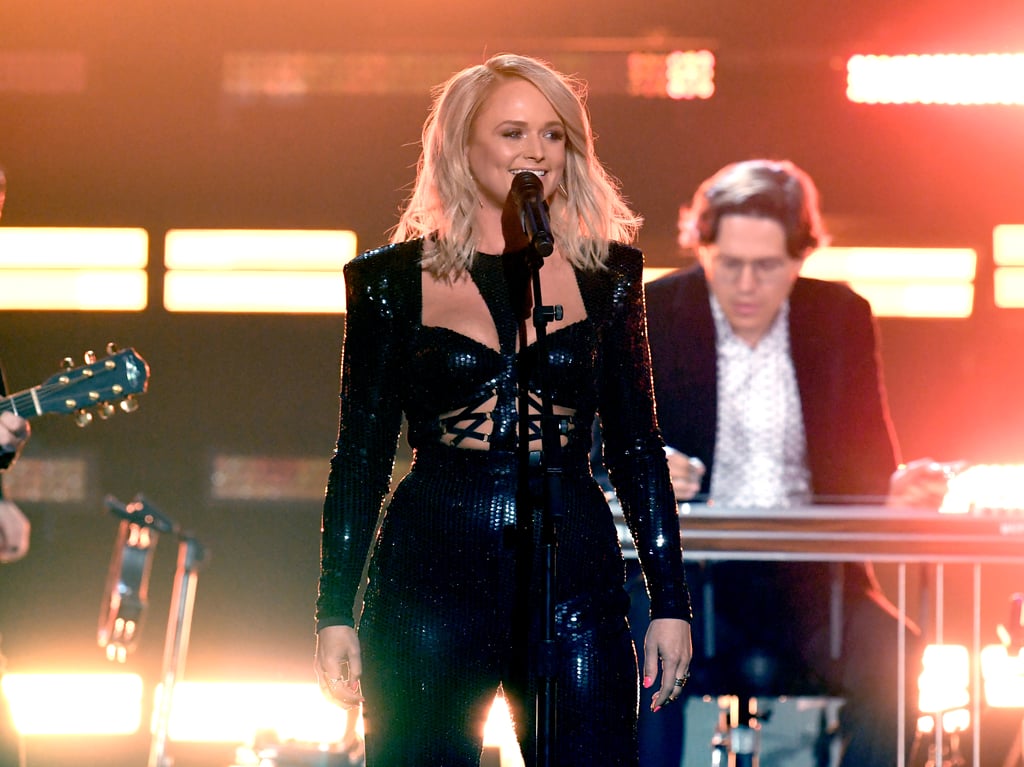 Not long after Miranda Lambert made her red carpet debut with her new husband and the "love of her life," Brendan Mcloughlin, at the Academy of Country Music Awards on Sunday night, she hit the event's stage to belt out a powerful medley of some of her biggest hits. Dressed in a badass black sequined jumpsuit with sultry cutouts, the country star rocked out to "Gunpowder and Lead," "Kerosene," "Mama's Broken Heart," and more. No wonder the crowd couldn't stop screaming for her!

Watch Lambert — who has won 32 ACM awards in the past and was nominated for two more at the annual show in Las Vegas — kick some country ass in her performance ahead. Then, if you can't get enough, keep scrolling to see some standout photo moments from her set!

Music
Joshua Bassett's "Feel Something" Is So Catchy, I've Been Playing It on Loop All Day
by Kelsie Gibson 2 days ago