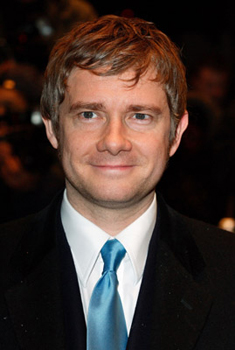 And The Hobbit gets its Bilbo! Martin Freeman — best known as Tim from the British version of The Office — has been cast as Bilbo Baggins. This announcement follows a logical procession, since it was just confirmed that The Hobbit had been greenlit and would definitely be two movies. Joining Freeman are actors Richard Armitage, Rob Kazinsky, Aidan Turner, Graham McTavish, John Callen, Stephen Hunter, Mark Hadlow, and Peter Hambleton.

As for Freeman, when I asked you guys a few months back who should take the role of Bilbo, many of you commented that he was perfect for the part. As a British Office fan, I'm excited for his big break, not to mention that Freeman certainly looks like a hobbit — and I mean that in the best way possible.