I've been so excited about the Veronica Mars set pictures that I'd almost forgotten Kristen Bell has another upcoming movie! In The Lifeguard, the actress plays Leigh, a 29-year-old who quits her job in Manhattan and moves back in with her parents after she realizes how unhappy she's become in adulthood. Yearning to recapture the comforts of youth, she gets a job as a lifeguard at a local pool and reconnects with her old high school friends. Once she begins a controversial affair, Leigh realizes that things at home aren't as simple as they used to be. 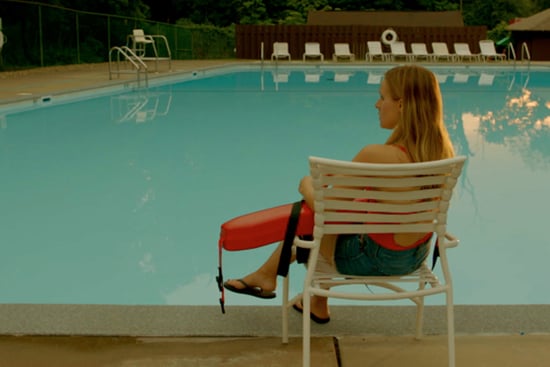 I totally love Bell and I think this trailer captures how great she can be at balancing drama with nuanced comedy. The tone and story reminds me of Garden State — though maybe not as depressing. I'm also excited to see Martin Starr (those Party Down kids really can't stay away from each other) and Mamie Gummer as Bell's former peers. The Lifeguard opened at Sundance this year, and you can catch it on VOD July 30 and in theaters Aug. 30. Until then, check out the trailer after the jump.