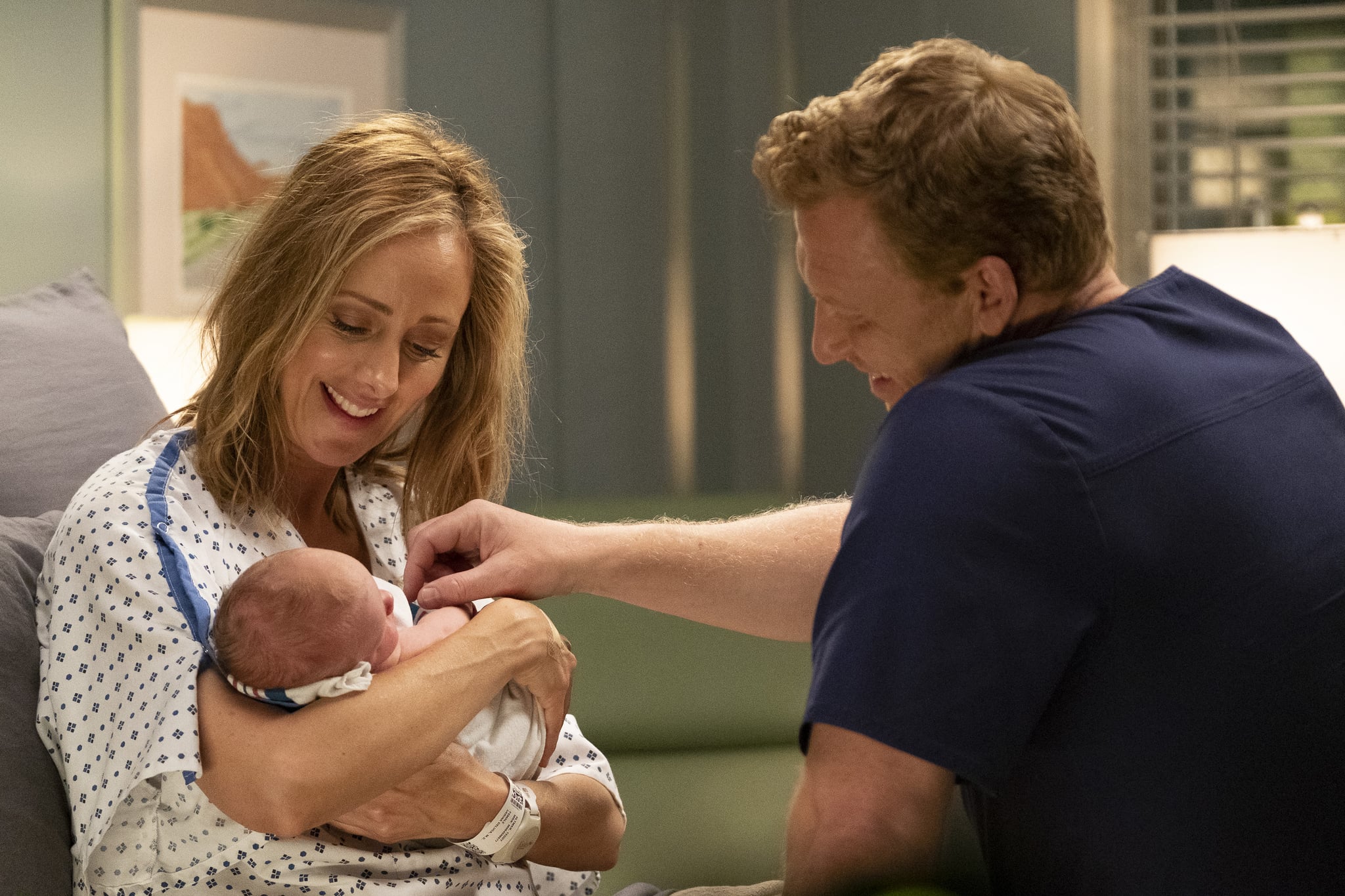 One of the biggest lingering questions from the Grey's Anatomy season 15 finale is the fate of Teddy, Owen, and Koracick's love triangle. In an interview with Entertainment Tonight, series star Kim Raver (who plays Teddy) teased that the premiere of season 16 will give waiting fans "a lot of answers, a lot of questions, a lot of humor, [and] some tears," which sounds like Grey's usual MO.

When we last saw Raver's cardiothoracic surgeon, Teddy had just given birth to her and Owen's first child, a daughter they name Allison. While the two spent a majority of the season with other people — Teddy with Koracick and Owen with Amelia — the birth of their daughter moves them to confess their love for one another. Of course, the sweet family moment is followed by Koracick all alone using those brilliant, million-dollar hands of his to build Teddy a changing table and a crib. Considering that Teddy has never given Koracick a hint that she's interested in breaking things off, it's safe to say that he has no idea what's about to happen. But honestly, neither do Teddy or Owen.

Related:
Every Last Detail of Information That We Have on Season 16 of Grey's Anatomy

"I don't know what they are!" Raver revealed. "I mean, literally, as she was giving birth, he's professing his love and she's trying to digest that. But it's like, what's with the timing?! . . . there's Koracick in the baby room, eating his sandwich! I was like, 'Oh my god, poor Koracick.'"

Teddy and Owen are so frequently on-and-off, it's hard to believe that their romantic revelation will lead to smooth sailing for their relationship. Even Raver agrees, noting that, although she wants "such incredible things" for the couple, she can't resist rooting for Koracick as well since Teddy obviously loves him too. But a love triangle can't compare to the real whirlwind headed Teddy's way, and that's motherhood.

As a mother of two herself, Raver said she's excited to explore what motherhood looks like for Teddy, "a badass cardiothoracic surgeon who is so good at what she does, and then she's in a world where she has no idea [what she's doing]." The actress also expressed enthusiasm in playing the comedic aspect of Teddy's introduction to motherhood and "the sh*tstorm that has entered into her life."

If there's one thing we can trust Grey's to handle well, it's an emotional upheaval! Whether you're Team Owen, Team Koracick, or Team Single Teddy, it's safe to say we'll definitely be seeing more of the love triangle when season 16 premieres on Sept. 26.

Politics
When Will the Law Stop Putting Rap Lyrics on Trial?
by Njera Perkins 1 day ago