Dylan O'Brien might be the star of Maze Runner: The Scorch Trials, but Kaya Scodelario plays arguably the most interesting character. She's Teresa, the lone girl who appears literally out of the ground in a forest full of boys in The Maze Runner. This time, she's caught up in a love triangle with Thomas (O'Brien) and his new interest, Brenda — but it's not as cut and dried as it seems. Teresa has a complicated past, and Scodelario was cagey about it when we (along with several other reporters) interviewed her on the Albuquerque, NM, set last year. She did, however, fill us in on the hardest part of filming and how the cast has essentially become her extended family. 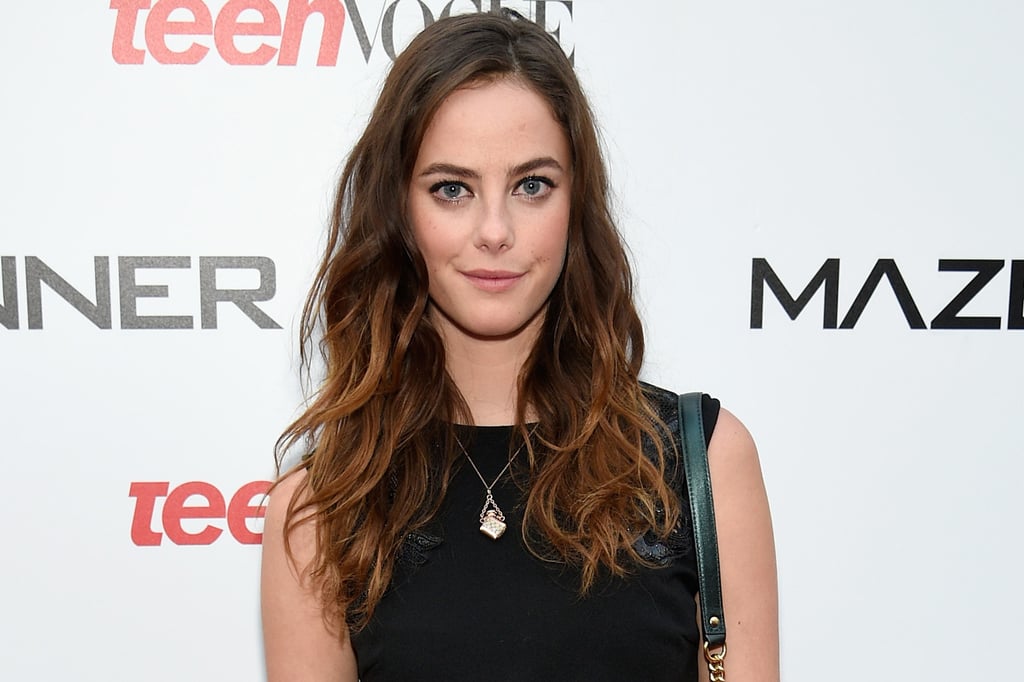 You were basically the only female actor last time around, so what was it like having more women on the set?

Kaya Scodelario: Great; it's really just more people in general. My colleagues are my colleagues, my friends are my friends. It's never been male or female. I never felt like the only girl last year, I felt like just a part of the group. Now we just have more friends, and they've come into the group really nicely. We all hang out together, we all cook together, and we are all having just as much fun together. They've just all kind of mixed really well, and as long as it's a person you're excited to work with and it's nice, then we kind of welcome them with open arms.

Once they greenlit the second movie and you knew you were going to make it, what were you most looking forward to?

KS: It sounds so cheesy, but honestly just being back with my mates again because we had so much fun shooting the first one. We have stayed in touch, it's like we haven't disappeared from each others' lives at all. Whenever we're all in LA we hang out. We hung out at Comic-Con together, and in New York and London, so it was just like, "Oh, we're all going to be together in the same place again." I think what I was looking forward to the most is the mystery. The reason I wanted to do these movies was because I knew it would be a progression of her character. I wouldn't have done it if it was just the first movie because she doesn't really do anything; she's just introduced. I was very excited to get into her a lot more this time and to explore her having her own mind and her own instincts, how she may or may not agree with Thomas or with the other guys. That was exciting for me, I wanted her to separate and explore what she would be making of this world individually.

What have you discovered about Teresa during this movie?

KS: It's been sadder to play her this time. She's very singular and very alone, but I like that. It would have been easy for us to just make her a follower and just make her agree with everything and go along with it. I like that she's very much separated. She's physically there, we've kind of changed that from the book, she's on the journey with them, but her mind is elsewhere and her thought process and what she wants to do is very different from them all. And she doesn't really have anyone to share that with, none of them do. These kids have been thrust together. As an actor, it's been a lot lonelier, but I like to play with that. You know, life isn't rainbows and fairy tales.

How far along does she get with them? Does she come out of the dorm with them now?

KS: Yeah, she's on the journey.

What sort of background can you tell us about her?

KS: What's exciting about these movies is that we don't know everything about these kids. We have to trust them instantly, and we have to like them instantly, and we have to root for them instantly. That's a very hard thing to do, but we do it because it is such an against-the-odds journey. I do know who she is myself, but it's something I've kept from all the boys. It's something I need to carry myself because there isn't a moment where she sits down and says, "OK, so I went to this school and I was born here," because there isn't time for that, but you do still need to have that. You do find out a bit towards the end that I can't really give away because it's quite an important moment. You do get to find out some stuff about her.

Has director Wes Ball become even more comfortable on the set?

KS: It's interesting, and I've thought about it a lot. I was like, "Is he going to be an assh*le now? Is he going to be one of those shouty directors and have a Starbucks every day?" But he's not; he's exactly the same way. He's our friend and he has this beautiful mind. It's this incredible, crazy mind that just thinks in a totally different way than anyone else. He's still on it, he visually wants [the movie] to be his baby and he's got every concept in his mind already. He can describe any scene to us at any point and he's thought it all out. He's put more effort in and he's really growing as a director. We forget that he was a first-time director on the last one. I've worked with a lot of first-time directors, it's something that I really enjoy, but Wes stood out very much. I wouldn't never have pinned him as a first-time director at all. And this year, it's very much the same.

How's the physicality for you in this one? It sounds pretty grueling.

KS: Oh, so much harder this year! It really is! It blew my mind the first week. I was like, "Jesus Christ." It's been tough, it's been really really tough. I think I've found it the hardest. I'll hold my hands up and say I'm the most unhealthy member of cast. I do not exercise, I do not live a healthy lifestyle, and I have to start now, because in the first week we shot in the desert running up sand dunes. It's been extremely tough, but it's nice that we have such a good supportive group. I never felt embarrassed, like Dylan would high-five me when I actually managed to run fast enough. I'd be like, "Thank you so much."

Tom Hardy
The Venom: Let There Be Carnage Trailer Woke Up and Chose Chaos, and We're Thrilled
by Grayson Gilcrease 1 day ago